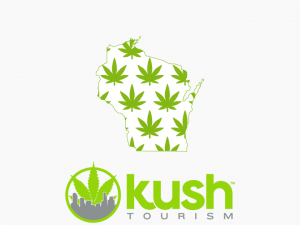 Marijuana has not been decriminalized in Wisconsin either, and the penalties for possession remain harsh. A first marijuana possession offense is a misdemeanor that is punishable by up to six months in prison and up to $1,000 fine. A subsequent offense is considered a felony and is punishable by up to 3-and-a-half years in prison and a maximum $10,000 fine.

The strict laws against possession are not in line with voter’s stance on marijuana legalization, though: a recent poll of Wisconsin registered voters found that 59% of respondents agreed that marijuana should be fully legalized and regulated like alcohol. Hopefully Wisconsin will soon follow in the footsteps of their neighboring states Michigan, Minnesota, and Illinois and legalize marijuana for medical use.

Kush encourages extreme discretion for all travelers. If you do partake while traveling, don’t drive while high – you can be convicted of a DUI for driving under the influence of marijuana. If you find yourself in a pinch with the law, check out our Wisconsin Cannabis Lawyers page for help!

Is Marijuana legal in Wisconsin?

There are currently no legal outlets in Wisconsin where residents can purchase marijuana or marijuana products. This includes patients who qualify for cannabis oil.

How can I help legalize marijuana in Wisconsin?

Pro-marijuana advocates in Wisconsin can help legalize marijuana in Wisconsin by writing to their legislators. Request support for legislation to make the penalty for marijuana possession a simple civil fine, as opposed to the current threat of jail time and criminal record. You can also ask for support to legalize marijuana for adults aged 21 and older and regulate like alcohol.

Is there any legislation trying to legalize recreational or medical cannabis in Wisconsin?

Despite many marijuana reform laws being introduced to the Wisconsin legislature in the last legislative session, none have passed. Introduced bills included one to legalize marijuana for adults 21 and over as well as create a medical marijuana program. There was also a bill proposing that the criminal penalty for possession to be lowered to a civil fine for possession of less than 25 grams of marijuana. Hopefully similar bills will be introduced and passed in upcoming legislative sessions.

The price of marijuana will vary based on strain and quality, and it will also vary depending on the tax rate that is set in Wisconsin. Based on other legalized states, you can expect prices to be approximately $10 to $30 per gram.

This is all dependent on the specific law that is eventually passed in Wisconsin, and whether it is medical or recreational, but in general, this is an overview of what stores in states that have legalized marijuana carry. You will see a number of different flowers categorized by their strains ranging from strong Indicas to strong Sativas and everything in between. Each strain has different effects, so be sure to ask the bud tender for assistance in choosing a marijuana strain with the effects that you’re looking for. Strong Sativas strains are known for their uplifting, more energizing, head high effects while Indicas are known for their full body highs and sedative effects.

Yes. You can always get in trouble at the federal level, even if medical or recreational marijuana gets legalized in Wisconsin. Make sure to always follow the laws of the state you are in! If you find yourself in a pinch with the law, check out our Wisconsin Cannabis Lawyers page for help!