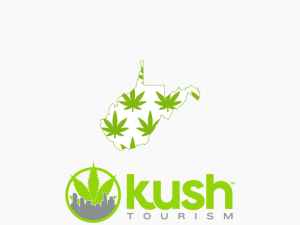 Marijuana legalization is a topic with much debate in West Virginia. Medical marijuana has been legal since 2017, but dispensaries won’t open their doors until 2019. It sounds like the only form of cannabis outlawed by the new medical laws is any format that is smokeable. This means patients will have access to edibles, topicals, pills, patches, etc – but no flowers.

Although many state lawmakers and leaders of the state Senate support legalization, recreational marijuana remain illegal in West Virginia. Marijuana is considered a Schedule I drug in West Virginia. Possessing any amount of marijuana products without a medical card is considered a misdemeanor and is punishable by up to six months imprisonment and a maximum $1,000 fine. The sale or distribution of marijuana is automatically considered a felony -regardless of the amount- and carries up to five years and $15,000 in fines.

It’s no secret West Virginia is experiencing a budget crisis, which could be solved by legalizing marijuana. Democrat Mike Pushkin introduced a bill earlier this spring that would have decriminalized marijuana and made it legal for adults over 21 to grow and possess certain amounts of weed. House Bill 114 would have also generated revenue for the state by requiring individuals 21 and above to purchase a one-time “tax stamp” at the cost of $500. This tax stamp would have permitted them to use, possess, and cultivate marijuana. Failure to pay that tax stamp fee would have resulted in a fine on your state taxes. Unfortunately, this bill died.

Senate Minority Leader Jeff Kessler and Mitch Carmichael plus three co-sponsors introduced a sensible, compassionate medical marijuana bill in February 2016, but the legislature did not take action on the proposal. The bill, known as SB 640, would have provided relief for seriously ill patients with debilitating conditions.

West Virginia is clearly in major need of marijuana policy reform, but the leaders of the state Senate aren’t to blame. Until the two major party candidates for governor publicly take a firm position on marijuana policy, recreational marijuana will remain illegal in West Virginia. If you find yourself in a pinch with the law, check out our West Virginia Cannabis Lawyers page for help!

No. Recreational marijuana is illegal in West Virginia and punishable by imprisonment and fines. A first-time offense possessing any amount of marijuana carries the penalty of a misdemeanor and up to six months jail time with a $1,000 maximum fine.

Yes! Medical marijuana became legal in 2017, but dispensaries will not be operational until 2019.

As no state licensed dispensaries are operational yet, we’re not quite sure.

Can I get my Medical Card if I’m not an West Virginia resident?

No, you must be a West Virginia resident with a qualifying ailment that has been authenticated by a state licensed doctor.

If marijuana is legalized can I still get into trouble?

If marijuana were to become legal in West Virginia, you would not likely get into trouble by local authorities as long as you follow state laws. You can, however, run into trouble at the federal level. If you find yourself in a pinch with the law, check out our West Virginia Cannabis Lawyers page for help!

You can work for change in West Virginia by contacting your elected officials and reiterating the importance of marijuana policy reform. Additionally, you can write letters to your local newspaper editor and become involved with the Marijuana Policy Project. If you’re a college student, join Students for Sensible Drug Policy and start a chapter at your school if there isn’t already one.