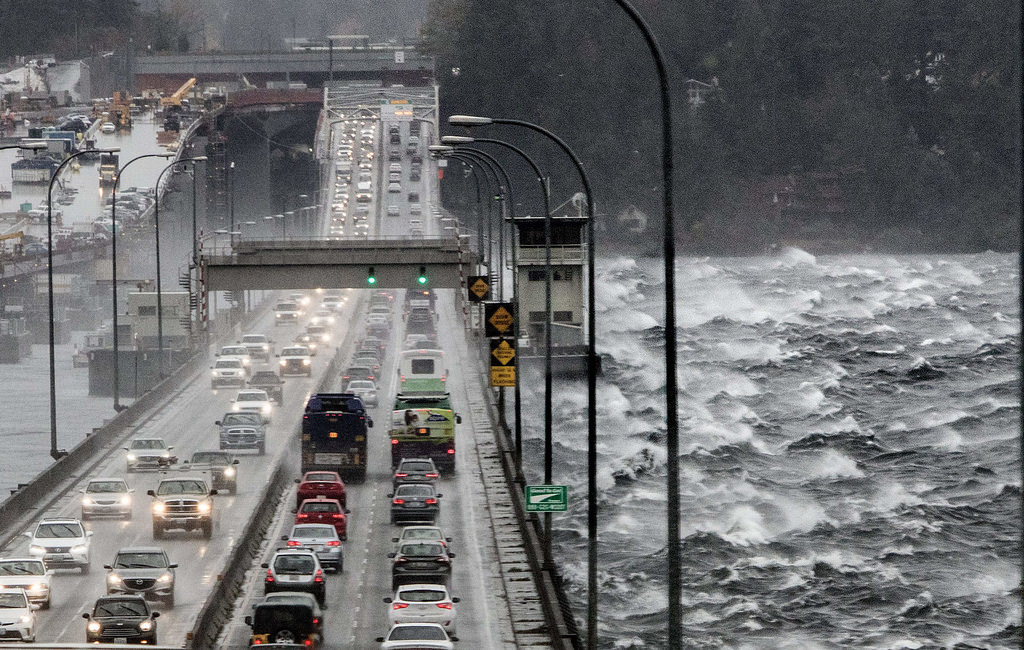 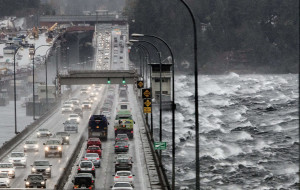 With the local news reporting on little else, it seems that the impending storm is all anyone in the area is talking or thinking about. Given that, the people of the Pacific Northwest are stocking up on the most important provisions just in case this storm does what the weather people say it might. Only this time, canned food, water, and generators are not the only sought after items.

Recreational marijuana is flying off the shelves! People in the area are used to rain and the occasional bout of high winds, so they won’t be scared if the power goes out, not nearly as scared as they would be if their stash ran dry, it turns out.

A representative from Uncle Ike’s Pot Shop, a staple shop in Capitol Hill, said that although it isn’t unusual for them to have a line out the front door on Thursday afternoons, it did seem like they were receiving an influx of customers asking if there were any deals being currently offered. With people wanting to stock up and prevent having to brave the elements later in the week when things are due to get wet and wild, there’s a chance that even the most expansive shops may run into inventory issues.

Fortunately the PNW has many recreational pot shops as well as farms and indoor grows, but don’t be surprised if your local shop down the street suddenly doesn’t have the amount of options it typically does.

At Herban Legends, another Seattle shop, they said that the week had been pretty slow before yesterday, and that business started seriously picking up around noon. With winds strengthening throughout the night, it would be fair to expect that for Herban Legends, heavy business is in the forecast.

While many will still make a mad dash to get their hands on things like gasoline and hand-powered radios, some will be content with the boredom if the power goes out, because as luck would have it . . . You don’t need to plug in a bong! (Some vapes are a different story.)

With reports of local businesses closing preemptively, some worry that shops will even be able to remain open to the public. If the power does go out, those without the forethought to grab cash may not have access to ATMs, and would be rendered incapable of buying any grass anyway, so keep that in mind!

Renton shop, Buddy’s, has thought ahead and made many preparations so they will not have to close their doors to the public unless the situation becomes truly dire. Myles Kahn, the shop owner, says that the shop has been unusually busy starting Wednesday, and sales are definitely on an upward trend the nearer we get to the worst of the weather this weekend.

“If the power goes down, it could cause an issue, but we do have a backup generator for the short term,” Kahn said. “We also just received a massive restocking, so we currently offer an increased inventory.”

Hopefully other shops in the Seattle area and around the state had similar foresight to Kahn, because the rushes this weekend could have a big impact on numbers, and being able to stay open means a lot to both business owners and customers alike.

This has the potential of being a historic storm, only time will tell. Don’t let yourself fall victim to sobriety, and if you’re looking for a pot shop use our Washington Marijuana Shop Map and Directory!

Article Name
WEEDPOCALYPSE 2016
Description
Recreational marijuana is flying off the shelves! People in the area are used to rain and the occasional bout of high winds, so they won’t be scared if the power goes out, not nearly as scared as they would be if their stash ran dry, it turns out.
Author
Kevin Kenly
Kush Tourism