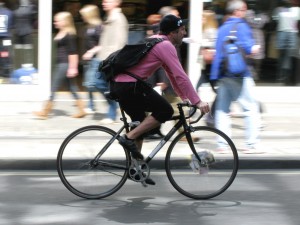 In Washington Marijuana Delivery Services are not legal. State legislators tried to pass House Bill 2368 in 2016 to allow deliveries services in Seattle, but it has  been postponed due to fears that the pilot program may create a monopoly in the city. HB 1712 is attempting to do the same thing in 2017, but we haven’t seen much movement. One day we hope that Washington will legalize true in home/hotel delivery services, but until then it is not definitely not legal. Black market options do exist. Do a quick search for marijuana delivery on Seattle’s Craigslist, and you’ll see all of the postings offering marijuana for a donation.

Delivery services are quite prolific in Seattle which is representative of Seattle’s libertarian culture. The culture that promotes an attitude of doing what you want and giving the middle finger to the government. One company, Winter Life, was known for the massive number of illegal deliveries they made in early 2014. Winter Life grew to be so notorious that after they stopped sales, the business practice of making money quickly and illegally in the marijuana industry was dubbed, Winter-Life-ing.

You can also find delivery services advertising on the back pages of independent newspapers such as The Stranger. Do not be fooled though. They may exist, but that doesn’t mean it’s legal, and they can be quite shady. Denver has a similar network of black market delivery services, but they are not legal either. Until then, refer to our Washington Retail Shop Map and Directory.

You can also subscribe below for updates to Washington delivery services.

Check out this list of news articles detailing the status of Delivery Services: