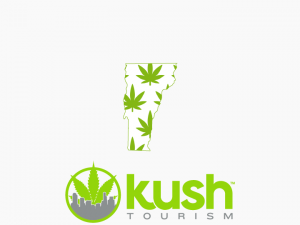 Just over a decade after legalizing medical marijuana, Vermont became the state to first legalize recreational marijuana through legislative powers alone in 2018. Their legalization approach is different than most states: Vermont legalized recreational marijuana through a bill approved by the state legislature. It definitely helps that Vermont Gov. Phil Scott has shown public support for cannabis legalization and encouraged legislature to legalize marijuana.

The state’s Democrat-heavy Legislature approved a bill legalizing recreational marijuana in May 2017, but Republican Governor Phil Scott vetoed the measure. That being said, it seems as though Governor Scott has turned over a new leaf!

“A number of states have already legalized it surrounding us,” Scott said in December 2017. “Whether we like it or not, it’s here and it’s being utilized, so we have to take steps to promote the general public.”

Vermont looks to move legalization forward in 2018, so strap in!

While you wait for the cannabis lounges to open, Vermont residents can still get their hands on some legal marijuana if they have a medical marijuana card. Patients can head to any of the licensed dispensaries in the state and purchase up to 2 ounces of usable marijuana. Patients can also grow up to 2 flowering plants and possess up to 7 immature plants. Until those lounges open, it is recommended to keep your marijuana consumption to private property.

Kush encourages discretion for all travelers. Use common sense and courtesy. Vape pens are often the best way to consume if you must in a public area. Don’t drive while high – you can be convicted of a DUI for driving under the influence of marijuana in Vermont. If you find yourself in a pinch with the law, check out our Vermont Cannabis Lawyers page for help!

Is Marijuana legal in Vermont?

Yes, medical marijuana is legal in Vermont. In order to purchase from a licensed store, you need a medical marijuana card, which you can get from specific doctors in the state. Recreational cannabis is also legal, but there is no framework yet in place for regulated sales, so for now you will have to grow your own!

Can I get my Medical Card if I am not a Vermont resident?

No, you must be a resident of Vermont is register for a medical marijuana card.

If you have a Medical Marijuana Card you can visit any of the state-licensed dispensaries in Vermont. There is no framework yet in place for regulated sales, so for now you will have to grow your own! Hopefully lounges and shops open their doors to adults 21+ soon!

You need a medical marijuana card, which you can get from specific doctors in the state.

No. All marijuana and marijuana products purchased in Vermont must be consumed in Vermont. Do not risk crossing state lines with marijuana.

Under the current law, patients may only consume marijuana in a private residence.

If Senate Bill 241 or Senate Bill 95 were passed by legislature, they would permit cannabis lounges as part of the legalization of recreational marijuana.

Yes. You can always get in trouble at the federal level, but as long as you follow the rules for marijuana in Vermont, state and local authorities will not have any issues with you. If you find yourself in a pinch with the law, check out our Vermont Cannabis Lawyers page for help!

Read more about BHO and Concentrates here: “What’s the Buzz about BHO”
Nothing on this website should be considered legal advice or as a substitute for legal advice. Please respect the current state of Marijuana law in your area.