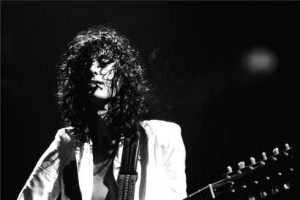 The world famous guitarists for Led Zeppelin has certainly smoked his fair share of green. As well as other renown substances. Being that Led Zeppelin made a name for themselves by skipping on the public interviews, and instead they were made famous by their wrecked hotel rooms, left behind tied up naked groupies, and a path of drug fueled destruction lying in their wake. Its safe to assume Mr. Page burned his way through the history books faster than it took for the Hindenburg to engulf itself in history. 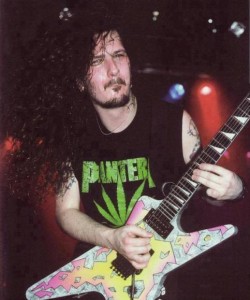 Although Dimebags’ closet friends claimed Dime gave up smoking in High School Pantera was a leading band for pioneering modern stoner culture. Encasing pot leafs in many of the bands designs and creating some of the tastiest riffs know to music, Dime scorched a path to being a stoner messiah reviving metal in a time when lo-fi Seattle grunge was dominating the scene with heroin fueled sloppy chords and emotionally distant concerts being a norm. Between Panteras’ explosive energy and Dimes southern sharp licks ripping through the air he created a dedicated cult following that still reverberates today and is almost entirely made up of stoners. Dimebags’ musical notes will continue to be held as stoner anthems for generations to come keeping not only the spirit of one of the greatest guitarist ever to walk the face of the planet alive but the spirit of the rebellious pot smoking youth internalized within us all screaming for more. 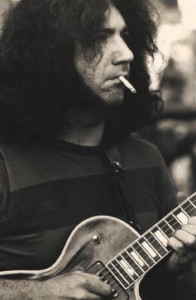 The Grateful Dead defined a generation. Then continued to drift into the next few like smoking a dank joint and accidentally hot boxing the apartment above you. Back in the 60’s these guys were Truckin’ from state to state spreading the glory of  Jerry’s’ smoked filled vocals, psychedelic blues riffs, and the all inclusive message of free love and LSD-25. For the next thirty years The Grateful Dead continued to light up stadiums with fans flying lighters and joints to the drone of jammed out versions of Jerry’s extremely diverse playing styles, until burning dim after Jerry’s coma in 1986. Jerry left our physical plane in 1995 after heart failure mostly caused by bad eating habits. Though in every song recorded by this pioneer of hippie living you can hear his heart still beating strong, forging a path for generations to follow. 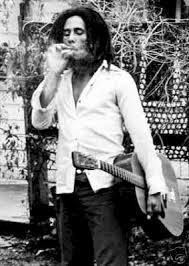 Coming from rough roots and a shanty town in Jamaica, Bob Marley pioneered reggae to the entire world. Influenced by surf music he heard on the radio, Bob Marley took cannabis culture and helped enforce it as a religious following brought to light by the Rastafari movement. One of the few musicians to remain true to his beliefs until the very end, Bob Marley set the standard for the beautiful transcendence of thought and community. One love for humanity, a common goal that not even our current government can seem to understand. No one musician in the history of mankind has done more than Bob Marley for the progression of the cannabis movement. Jah Love. 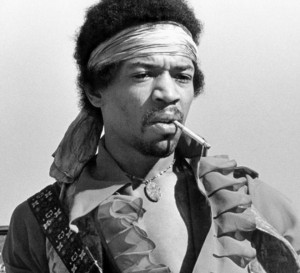 Between his public endorsement of our favorite Purple Haze and the pioneering of his raw guitar skills that ended up inspiring all of our current virtuosos, Jimi Hendrix is king guitarist of the stoner world. Always seen in public with a joint in one hand and ladies wrapped around the other, Hendrix fought for progressive stoner idealism with sonic waves that melted through time even after his tragic passing. Jimi lives on in every stoners playlist and his nostalgia is hanging on every aspiring guitar players wall.