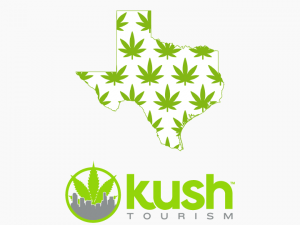 Four other bills were attempting to legalize medical marijuana, and one even tried to completely legalize access to marijuana for all adults. Only one law was actually signed into law – the Compassionate Care Act – and it is a very strict bill, allowing low-THC, high-CBD cannabis oil to be prescribed to epilepsy patients. Despite the failure of most of these bills, the push towards legalization shows that Texas lawmakers are beginning to consider legalizing marijuana more broadly. Hopefully in upcoming legislative sessions Texas will be able to reduce the penalties for marijuana possession, at the very least. For conservative Texas, that seems like a good start, considering the effort to reduce low-level marijuana possession penalties is supported by 68% of Texans.

The big cities in Texas, like Austin, have more widespread support for marijuana legalization than the small towns, thanks to their more liberal constituents and large student populations. Hopefully, Texas residents will push lawmakers in upcoming legislative sessions to, at the very least, reduce penalties for marijuana possession and expand the reach of the Compassionate Care Act.

Kush encourages discretion for all travelers. If you do partake, don’t drive while high – you can be convicted of a DUI for driving under the influence of marijuana. If you find yourself in a pinch with the law, check out our Texas Cannabis Lawyers page for help!

Is Marijuana legal in Texas?

Both medical marijuana and recreational marijuana are not legal in Texas. However, like many conservative states, Texas has passed a very limited medical marijuana bill that allows the use of high-CBD, low-THC cannabis oil for patients with epilepsy. The way the bill is written makes it difficult for even qualified patients to obtain medicine, though.

There are currently no legal outlets in Texas where residents can purchase marijuana or marijuana products, including patients who qualify for cannabis oil. Texas should has 3 designated cannabis cultivators and dispensaries to sell low-THC, high-CBD cannabis products.

How can I help legalize marijuana in Texas?

Is there any legislation trying to legalize recreational or medical cannabis in Texas?

Certain legislators are attempting to expand upon the state’s Compassionate Use Act to allow more patients to qualify and different forms of marijuana (besides just oil) to be prescribed. We’ll let you know if any developments occur!

The price of marijuana will vary based on strain and quality, and it will also vary depending on the tax rate that is set in Texas. Based on other legalized states, you can expect prices to be between $10 to $30 per gram.

When the first medical marijuana dispensaries open in 2017, they will only sell low-THC, high-CBD cannabis oil and possibly other low-THC products. However, if the Compassionate Care Act is expanded or marijuana is more broadly legalized, the stores will have a much larger range of products. This is all dependent on the specific law that is eventually passed in Texas, but in general, this is an overview of what stores in states with legalized marijuana carry. You will see a number of different flower strains categorized by their strains ranging from strong Indicas to strong Sativas and everything in between. Each strain can have different effects, so be sure to ask the budtender for assistance in choosing a marijuana strain with the best effects for you. Strong Sativas strains are known for their general uplifting, energizing, and head high effects while Indicas are known for their full body highs and sedative effects.

Texas has very harsh marijuana possession penalties – the punishment for the first offense of possession of two ounces or less of marijuana is a misdemeanor punishable by up to 180 days in jail and a maximum fine of $2,000.

Yes. You can always get in trouble at the federal level, even if medical or recreational marijuana gets legalized in Texas. Be sure to always follow the laws of the state you are in! If you find yourself in a pinch with the law, check out our Texas Cannabis Lawyers page for help!