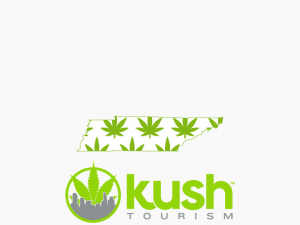 In general, the South has been slower to accept marijuana than the Northern states, and unfortunately Tennessee is no exception to that rule. However, despite failed legislation attempting to legalize medical marijuana in 2016, there was some progress in making penalties for possession less severe. House Bill 1478 went into effect July 1st, and it lowered the penalty for marijuana possession of half an ounce or less to a misdemeanor and it also removed the felony charge for a third time possession conviction. The penalties are still very harsh though: a person caught with any amount of marijuana, even just a gram, could be imprisoned for up to a year and fined anywhere between $250 and $2,500.

There were two attempts to pass comprehensive medical marijuana bills in the legislature in 2016. Senate Bill 660 remains stalled in committee with no hearing and House Bill 651, it’s companion, is dead after losing a subcommittee vote. This is despite widespread public support – about 75% of Tennessee residents – for legalizing medical marijuana in the state. There is one bill, Senate Bill 280, that has legalized medical marijuana for a very specific subset of people – seizure patients. The bill allows them to use cannabis oil, but it cannot be acquired in Tennessee. Qualifying patients must travel to a medical marijuana state that allows out-of-state patients to obtain their medicine.

Tennessee did remove industrial hemp from the criminal code’s definition of marijuana in 2014, which has allowed farmers to cultivate industrial hemp. While the industry hasn’t taken off since it’s legalization, the allowance to process and distribute hemp could lead to a successful hemp industry.

The marijuana legalization process has been slow moving in Tennessee, but hopefully the amount of public support for legalization will pressure lawmakers into moving towards legalization in coming years.

Kush encourages discretion for all travelers. If you do partake, don’t drive while high – you can be convicted of a DUI for driving under the influence of marijuana. If you find yourself in a pinch with the law, check out our Tennessee Cannabis Lawyers page for help!

Is Marijuana legal in Tennessee?

Marijuana, for both medical and recreational uses, is not legal in Tennessee. However, there is an exception, effected by bill SB 280, that allows the use of high-CBD, low-THC cannabis oil for seizure patients.

There are currently no legal outlets in Tennessee where residents can purchase marijuana or marijuana products, including patients who qualify for cannabis oil under SB 280. Qualifying patients must travel across state lines to a medical marijuana state that accepts out-of-state patients to get ahold of their medicine.

How can I help legalize marijuana in Tennessee?

Is there any legislation trying to legalize recreational or medical cannabis in Tennessee?

There currently is no promising legislation to legalize marijuana for recreational or medical use.

The price of marijuana will vary based on strain and quality, and it will also vary depending on the tax rate that is set in Tennessee. Based on other legalized states, you can expect prices to be between $10 to $30 per gram.

This is all dependent on the specific law that is eventually passed in Tennessee, but in general, this is an overview of what stores in states with legalized marijuana carry. You will see a number of different flower strains categorized by their strains ranging from strong Indicas to strong Sativas and everything in between. Each strain can have different effects, so be sure to ask the budtender for assistance in choosing a marijuana strain with the best effects for you. Strong Sativas strains are known for their general uplifting, energizing, and head high effects while Indicas are known for their full body highs and sedative effects.

The punishment for the first offense of possession of up to a half ounce of marijuana punishable by up to a year in jail and a mandatory fine of at least $250, up to $2,500. A second offense has a mandatory $500 minimum fine.

Yes. You can always get in trouble at the federal level, even if marijuana gets legalized in Tennessee. Be sure to always follow the laws of the state you are in, and state authorities will have no issues with you. If you find yourself in a pinch with the law, check out our Tennessee Cannabis Lawyers page for help!