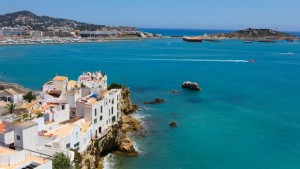 Spain is home to some of the most experienced cannabis users in the world, behind only Iceland and the United States in rates of consumption with ten percent of the population using marijuana regularly (TheLocal). Spanish cannabis laws reflect the cannabis-friendliness in the country – under Spanish Penal Code, the sale of cannabis is illegal, but consumption is not. Private possession of marijuana has been legal in the country for years, meaning that as long as your marijuana stays in your house or on private property, it is legal.

In July of 2015, a change in law also effectively decriminalized the cultivation of marijuana in private places, as long as the cultivation is out of view of the public. This change in law has led to a surge in the opening of “cannabis clubs.” These cannabis clubs – of which there are now upwards of 700 across the country – are places that will cultivate marijuana and provide a place for members to come and smoke in exchange for a membership fee. There are a wide variety of clubs, some primarily recreational, others catered to specific groups of people, and some catering to medical patients with doctors on staff to give recommendations. The clubs come with a catch – members must be over 21 years old and be a Spanish citizen to get membership into a club, meaning cannabis tourism won’t be booming in Spain until tourists are legally allowed to gain access into the cannabis clubs.

The Spanish region of Catalonia (where Barcelona is located) has legalized medical marijuana, and patients will have to go to cannabis clubs to obtain and use marijuana. The legalization of medical cannabis in Catalonia has led to Barcelona being a hub for many cannabis clubs – over 400 exist throughout the region. The Department of Health has also legalized Sativex for patients in Catalonia – it is a cannabis-based medicine for patients of multiple sclerosis and cancer.

Spain’s culture is very cannabis friendly, and although it is not legal, visitors to the country can typically find marijuana very easily and it’s not uncommon to see marijuana being consumed in public. It’s particularly common in urban centers, such as Barcelona, or outside of bars and clubs at night. We are not encouraging illegal behavior, and it is always recommended to use your common sense and discretion if looking to consume marijuana in a foreign country.

Is Marijuana legal in Spain?

Spain is unique in that their drug laws cannot reach into homes and privately owned spaces, so if one was to cultivate their own marijuana at home and smoke it at home, they will be out of reach of Spanish law. It is only consuming in public or selling to others that will get you busted.

Spanish residents can grow their own cannabis at home, but selling it is still a crime punishable by 1 to 3 years in jail. The only place to legally purchase marijuana is by being a member of a cannabis club. Members of cannabis clubs are required to pay a fee, which is used to grow marijuana and for upkeep of the club, in exchange for a place to get and smoke marijuana. There are over 700 cannabis clubs across Spain.

What do I need to do to go to a Spanish cannabis club?

To attend a cannabis club, members must be over 21 years old and a resident of Spain. You will be required to show your identification card before entry. Sorry tourists, you will not be welcome in Spain’s cannabis clubs.

Are cannabis clubs against the law?

No, because the Spanish law allows marijuana to be grown privately for personal use, even when it is for shared consumption. The clubs must maintain a strict membership system and restrict each member to a certain amount of marijuana to remain legal.

Since the Spanish drug law does not reach into homes or private spaces, there is no law as to how much marijuana a Spanish citizen can possess at home.

The Spanish law does not explicitly state how many plants are allowed to be grown, but it is recommended to use your discretion and not grow more than would be considered enough for private use. Note that this number could vary widely depending on whether the individual in question is healthy or sick – don’t grow more than you could justify to a judge.

Where can I consume marijuana in Spain?

It is illegal to consume marijuana while in public. Those looking to consume should do so in their homes, or on private property. You can visit a cannabis club if you are a Spanish citizen.

Although it is not legal, it is not uncommon to see marijuana being smoked in public, particularly in urban centers like Barcelona or outside of a bar. Always remember to use your common sense and discretion if consuming marijuana in public.

Can I bring marijuana purchased in Spain to another country?

No! All marijuana and marijuana products purchased in Spain must be consumed in Spain. Even though marijuana is decriminalized in bordering Portugal, it is still drug trafficking to bring it across national borders.