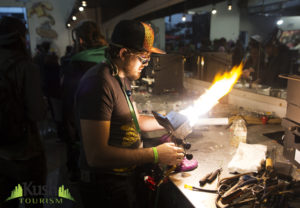 Halloween is here, and while to many that means a night full of candy, debauchery, and costumes, here around 7 Point Studios, while it definitely still means those things, it also means that another year of the Pipemasters Collab has come to pass. There’s cleaning to be done, classes will resume at The Boro School, and everyone involved in the event was left with a story to tell.

To those who are un-hip to the event, the Seattle Pipemasters Collab is an annual gathering where some of the most world renowned glass artists traverse the globe and find themselves in the heart of the Central District of downtown Seattle for 10 days of pure collaboration. There is a tagline for the event, “No competition. Just ten days of collaboration with some of the best minds in functional glass art.”  This year’s meeting of minds was just the third time the event had been held, and boy was it fun! The pieces produced were beyond inspiring. It was really cool to see the blending and melding of styles between collaborating artists. Above anything else, it was a really great way to see what some of the best glass artists in the world are capable of, and how they push each other to test the limits of possibility.

Who Was at This Year’s Event? 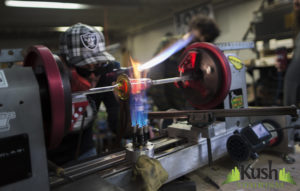 Artists collaborated on pieces at 7 Point Studios using a myriad of techniques.

This year the event featured nearly 50 artists, including names like Bob Snodgrass, Mr. Gray, Matt Robertson, and host to the gathering, Nate Dizzle. Nate is legendary in the community for his Swiss Perc brand, and has been gracious enough to host the event since its inception. It’s really cool to see some of the biggest names in the business teaching and learning from each other. Knowledge is power and no one here is holding out!

This past Saturday night, the event culminated with its farewell bash, a costumed affair with delectable aromas lingering hazily through the air. This was a chance for everyone from the artists to collectors to get together, blow off some steam, and take in all of the hard work that was laid down on the torches over the last 10 days. The gallery was full of incredible pieces that dropped jaws, and collectors who dropped some serious loot to take home these one of a kind pieces. Some of the sets that were available for purchase cost upwards of 60 thousand dollars, while there were many more affordable options out there as well. 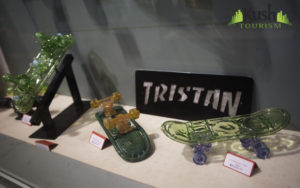 Smokeable skateboards made by Tristan Hodges.

While not everyone in attendance left with a piece of functional glass art, everyone left with a smile on their face and a story to tell about one of the coolest events in the industry. It really is too bad that this event only happens once a year, but we will be anxiously awaiting next year’s fourth annual Seattle Pipemasters Collab, because if it is anything like this year’s, it’s going to be an unreal experience. Don’t snooze on the next one, because you likely won’t see anything like this anywhere else! 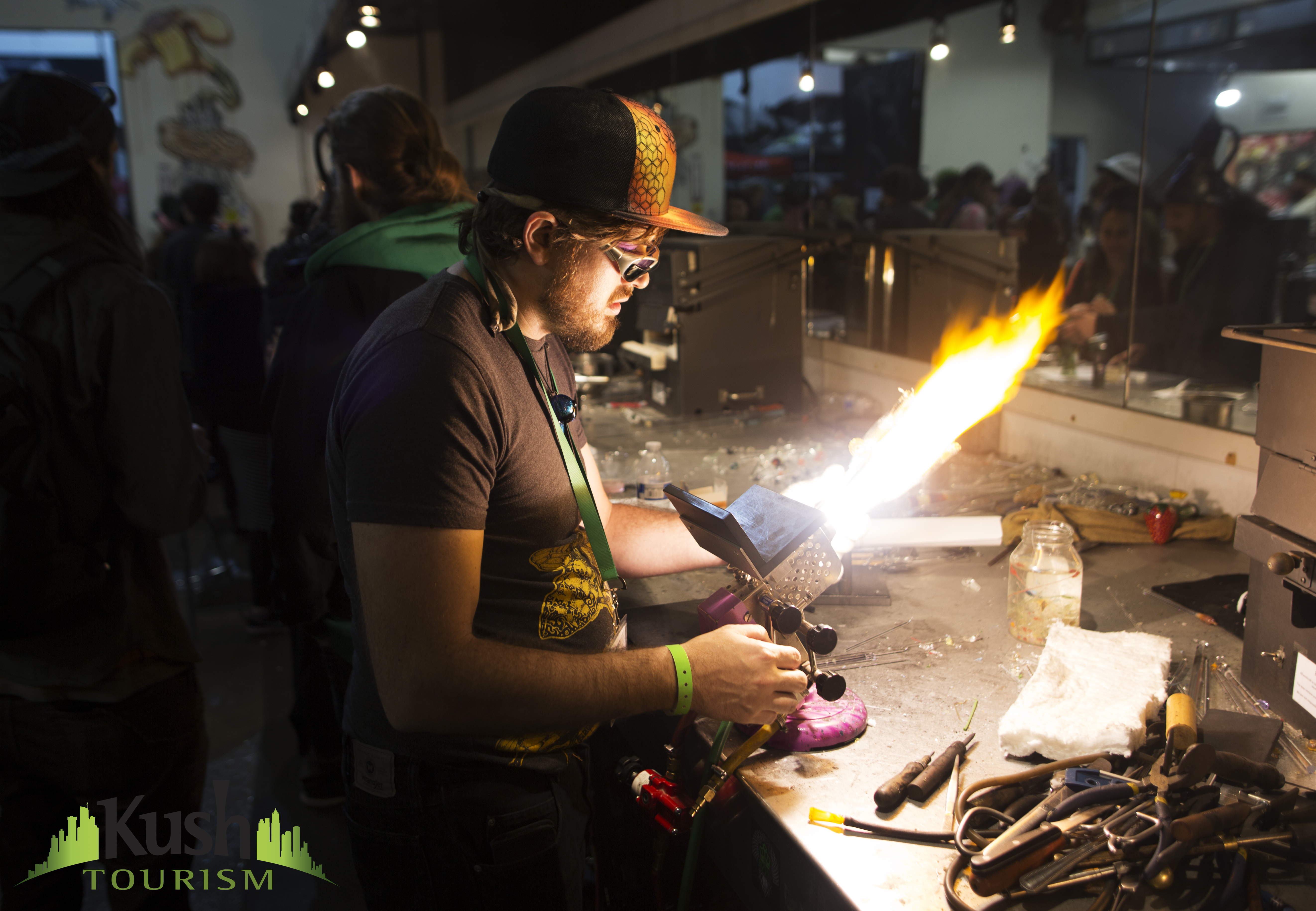