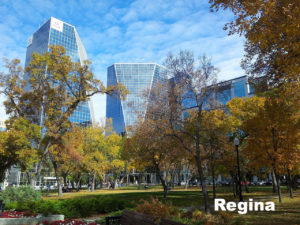 The capital of Canadian province Saskatchewan is the city of Regina. Regina has a population of about 193,100, making it the second largest city in the province as well. The city was founded and incorporated in 1882 and was named Regina after Queen Victoria – the word Regina is french for “queen.” This decision has left the city with the nickname “Queen City,” which they don’t mind one bit!

The city has faced more than its fair share of disasters, and the fact that it pushed through and continued forward through all of its adversity is a testament to how hard these people will fight for their land. In 1912, the Regina Cyclone came through and destroyed much of the city. The area is known for witnessing the occasional tornado, and this one was a beast!

There was also a major riot in the city in 1930, and this gained the town international notoriety – not for the better. The city was also highly impacted by a huge drought and the Great Depression. With no water, the city’s agricultural pursuits were extraordinarily limited, and this inspired the area to diversify their economic producing industries. This also had a huge impact on the city’s trading abilities because with no crops, they had to find more furs and other goods to help keep them afloat until the end of the devastating drought.

Today, the city is known for being a great tourist location, as the city has many diverse cultural offerings, including the Conexus Arts Centre, the Regina Folk Festival, and many other events that attract people from all over the world to come see what’s going on in town.

Unfortunately, there are no retail medical marijuana shops in Canada, instead they utilize a system where meds are distributed through the mail or by personal delivery. That being said, we haven’t yet started a Regina dispensary map & directory, but when recreational shops do start opening, we will definitely create one, so keep your eyes peeled for more once the legalization does occur.

Come check out Regina as soon as you possibly can! It is an easy place to lose yourself in, because it is such a cool and beautiful city. If you would like more information on Saskatchewan Marijuana Laws, click here!