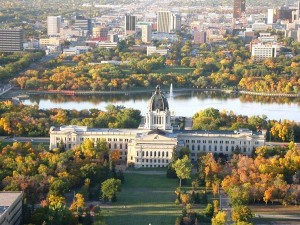 Medical marijuana and recreational cannabis have both been legalized! In Saskatchewan, the culture is generally accepting of marijuana, but less so than very marijuana friendly cities such as Vancouver. Although you likely won’t be arrested for public consumption, it is recommended that consumption is limited to private property or inside one’s home. If you do choose to consume in public, a discrete vape pen is your best option for staying under the radar!

Is Marijuana legal in Saskatchewan?

Yes it is, for both recreational and medical purposes! Medical marijuana is legal in Canada for patients who have a qualifying medical condition and prescription from a licensed doctor. As of October 17th, 2018 Recreational Cannabis is now legal and shops are opening their doors!

Patients can receive a prescription for medical marijuana to treat a variety of illnesses, including but not limited to:

The Marihuana for Medical Purposes Regulations specifies that authorized producers will be permitted to sell dried marijuana, fresh marijuana, and cannabis oils (in capsules for oral consumption). There will be a number of different strains to choose from, ranging from strong Indicas to strong Sativas and everything in between. Each strain can have unique effects and levels of psychoactive ingredients, so be sure to ask your physician for assistance in choosing the best marijuana strain to help treat your condition. Sativas strains are known for giving a stronger head high with uplifting and energizing effects. Indica strains are known for their full body highs and sedative effects. Indica strains are more likely to give you couch-lock, whereas sativa strains are more likely to keep you active. Sativas are better for daytime smoking and Indicas are preferable at night.

At the unlicensed dispensaries, patients can also find pre-made edibles, such as baked goods, lollipops, and gummy candies. They will also have concentrates, which are very strong and used for dabbing.

Patients are allowed to possess up to a 30-day supply of marijuana as prescribed by the patient’s healthcare practitioner, with the allowed limit maxing out at 150 grams. Medical marijuana patients are also permitted to grow their own marijuana.

Marijuana consumption is limited to the home and on private property in Saskatchewan. If choosing to consume in public, always use your discretion and common sense!

No. All marijuana products purchased in Canada must be consumed in Canada. However, you may travel between provinces without issue. If choosing to travel with marijuana, be sure to carry your prescription information with you, easily accessible.