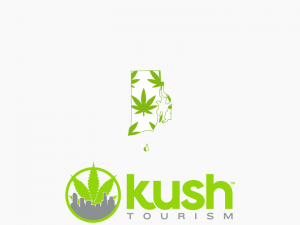 A few states on the East Coast, including Maine and Vermont, had a marijuana legalization measure on the ballot for the November 2016 election, and several more are now looking to join the ranks of states like Massachusetts and Maine who recently were successful in their legalization measures.

If a Cannabis legalization act is added to the ballot this year, the chances of it passing are good. According to polls, over 60% of Rhode Island residents are in favor of marijuana legalization. This isn’t surprising, considering a National Survey on Drug Use and Health showed that Rhode Island has the highest percentage of people who have smoked marijuana in the past month at 16%, or 1 in every 6 people . If passed, the Marijuana Regulation, Control and Taxation Act would regulate and tax marijuana similarly to alcohol and would generate significant revenue for the state.

In late 2017, the state formed a legislative commission to evaluate the impacts of legalizing the drug recreationally. The board is expected to release recommendations in January 2018 for how a Rhode Island legal cannabis market could take form. Here’s to hoping it comes sooner than later!

Medical marijuana has been legal in Rhode Island since 2006 and there are 5 medical dispensaries across the state. Rhode Island is also one of the few states that will accept medical cards from out of state patients. Beyond that, Rhode Island has decriminalized the possession of small quantities of cannabis for recreational users, so no need to worry about jail time if you’re caught with a couple of joints.

Please remember that it is still illegal to smoke marijuana in public. The best advice we can give for tourists looking to partake in the cannabis culture is discretion. It’s best to keep your marijuana use to private areas, but if you must smoke out in the open, a discreet vape pen is your best option. If you find yourself in a pinch with the law, check out our Rhode Island Cannabis Lawyers page for help!

Is Marijuana legal in Rhode Island?

Yes, medical marijuana is legal, however recreation marijuana use is still illegal.

Can I get my Medical Card if I am not Rhode Island resident?

What do you need to purchase cannabis in a marijuana shop?

As of January 2016, you need a medical card, which you can get from specific doctors in the state. In Rhode Island, you may also use a medical card from another state.

You will see a number of different flower strains categorized by their strains ranging from strong Indicas to strong Sativas and everything in between. Each strain can have different effects, so be sure to ask the budtender for assistance in choosing the best marijuana strain for you. Strong Sativas strains are known for their general uplifting, energizing, and head high effects while Indicas are known for their full body highs and sedative effects.
Dispensaries will also sell a number of other types of marijuana products, including but not limited to:

Medical marijuana patients are allowed to posses up to 2.5 ounces of marijuana and up to 12 plants and 12 seedlings.

Legally, you can only consume marijuana while on private property. However, if you must partake in public, a vape pen is your most discreet option.

Yes. You can always get in trouble at the federal level until marijuana is rescheduled, but as long as you follow the laws for marijuana in Rhode Island, local authorities will not have any issues with you. If you find yourself in a pinch with the law, check out our Rhode Island Cannabis Lawyers page for help!