Marijuana Near The Jimi Hendrix Memorial 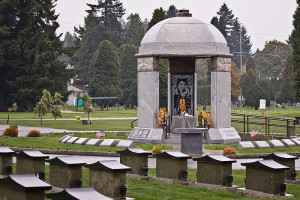 Resting, super groovy in Renton, Washington is the resting place of Jimi Hendrix. Not only is the grave site a memorial to Jimi and his music, it is the resting place of the Hendrix family, respectfully. It is a stunning memorial with laser etched paintings of Jimi and a massive sun-dial. The memorial is located just 11 miles southeast of Seattle and we highly recommend this short trip even if you are not the biggest fan. The beautiful memorial is visited by over 14,000 fans every year and even has a pretty interesting background regarding its founding and funding, all of which can be found here.

Smoking cannabis is forbidden, but you would not be the first to indulge at his grave site. We recommend respecting the dead and not ingesting cannabis in the park, rather keep it outside.  For a full directory of cannabis shops in Washington, click here.

If Plum is Richard Sherman’s favorite breakfast spot, it must be pretty good. Offering a full service breakfast, lunch and dinner menu paired with Washington made wine and beer, Plum is sure to delight anyone visiting the Renton area.

A traditional Mexican restaurant with a focus on family, Tetoro’s has everything from enchiladas to chorizo burritos, all made fresh daily. With a great beer selection and some fine tequila, Tetoro’s is the spot.

With beautiful views of Lake Washington and downtown Seattle, Peyrassol offers traditional american cuisine but with an upscale feel, all the while without breaking the bank.