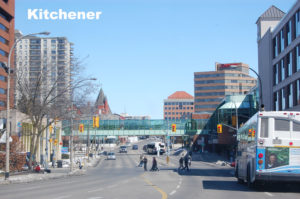 With a population of about 239,900, the city of Kitchener is the 4th largest in Ontario. The city is often grouped with the nearby cities Waterloo and Cambridge, and is known as the “Tri-Cities.” The combined population of these three cities is just over half a million people, and this metropolitan area is the 10th largest in all of Canada.

Kitchener was founded in 1833, but wasn’t officially incorporated as a city until many years later in 1912. The city is located in southwestern Ontario in the Grand River Valley, and the climate features both hot summers and cold winters, as opposed to a milder climate in much of Canada.

The city saw its largest period of growth around the time of the Industrial Revolution. In this period, there were lots of factories and mills opening around the city, and sawmills were the most prevalent line of work for a while.

There are no retail medical marijuana shops in Canada, instead they utilize a system where meds are distributed through the mail or by personal delivery. That being said, we haven’t yet started a Kitchener dispensary map & directory, but when recreational shops do start opening, we will definitely create one, so keep your eyes peeled for more once the legalization does occur.

Come check out Kitchener as soon as you possibly can! It is an easy place to lose yourself in, because it is such a cool and beautiful city. If you would like more information on Ontario Marijuana Laws, click here!