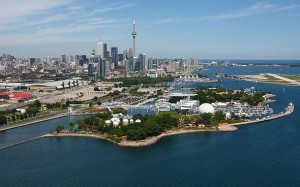 Medical marijuana users in Ontario can rejoice – not only is it legal for patients with a prescription to smoke marijuana, but the province of Ontario has legalized smoking in some public places. Although the law has been tightened since it’s initial passing in late 2015, it still allows marijuana patients to smoke and vape outside of their homes. An entrepreneur in Windsor, Ontario has taken advantage of the law by opening Canada’s largest vape lounge for medical marijuana users, called Higher Limits. The lounge is over 6,000 square feet and due to Canada’s health privacy laws, customers do not have to share their medical marijuana prescription cards.

One unique feature of Canada’s medical marijuana program is that patients must receive their medicine by courier. There are no legally operating storefronts for patients to go and pick their marijuana strains; instead, marijuana ordering is done online with strain recommendations from a patient’s healthcare provider. However, there are dispensaries operating in a legal grey area all over the country. These dispensaries are not entirely legal and do not obtain their marijuana from licensed sources, so unless the government amends the law to approve these medical dispensaries, it expected they will be shut down. At this time, the government is not actively closing dispensaries.

Is Marijuana legal in Ontario?

Yes, medical and recreational cannabis are both legal in all of Canada with a qualifying medical condition and prescription from a licensed doctor. As of October 17th, 2018 Recreational Cannabis is now legal and shops are opening their doors!

Medical marijuana patients can also get fresh weed from the clinics for use in making their own edibles at home. At the unlicensed dispensaries, patients can also find pre-made edibles (like lollipops and chocolates) as well as concentrates (for dabbing).

This is dependent on the marijuana providers, which product you will be purchasing, as well as potency and quality, but patients can expect prices to be between $7-$12 per gram. Prices tend to be closer to the $7 per gram when purchasing from a licensed clinic (via mail) and closer to $12 per gram when purchasing from an unlicensed dispensary. Patients pay for marijuana out of pocket – it is not covered by health insurance.

Patients are permitted to possess up to a 30-day supply of marijuana as prescribed by the patient’s healthcare practitioner, with a maximum of 150 grams. Patients are also permitted to grow marijuana in their homes, as ruled in February 2016.

At the end of 2015, Ontario passed a new regulation that allows medical marijuana patients to smoke marijuana in public, where smoking is otherwise banned. However, business owners have the right to disallow the smoking and vaping of marijuana in their place of business. So, if you have a prescription, you can head to the nearest park to toke up.

You can also head to a vape lounge. Ontario is home to Canada’s largest vape lounge, Higher Limits, which is over 6,000 square feet and has smoking paraphernalia available!