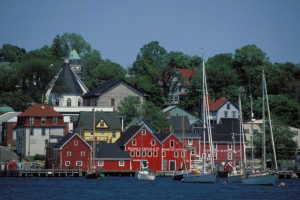 As of October 17th, 2018 Recreational Cannabis is now legal and shops are opening their doors! It is legal for Canadians with a medical marijuana prescription to access medical marijuana via licensed clinics too! It is recommended that marijuana users in Nova Scotia stick to consuming at home or on private property. It is always recommended to use your discretion if you choose to consume in public.

One unique feature of Canada’s medical marijuana program is that patients must receive their medicine by courier. There are legally operating storefronts for patients to go and pick their marijuana strains, but marijuana ordering can also be done online with strain recommendations from a patient’s healthcare provider.

Is Marijuana legal in Nova Scotia?

Medical marijuana patients can also get weed from the clinics for use in making their own edibles at home. At the unlicensed dispensaries, patients can purchase pre-made edibles, such as gummies and chocolates, as well as concentrates for dabbing.

This is dependent on the marijuana providers, which product you will be purchasing, as well as potency and quality, but patients and recreational consumers can expect prices to be between $7-$12 per gram. Prices tend to be closer to the $7 per gram when purchasing from a licensed clinic (via mail) and closer to $12 per gram when purchasing from an unlicensed dispensary. Health insurance is typically not covered by a patient’s medical insurance.

Patients are permitted to possess up to a 30-day supply of marijuana as prescribed by the patient’s healthcare practitioner, with a maximum of 150 grams. In February 2016, it was ruled that patients have a constitutional right to grow marijuana in their homes as well.

According to Canadian law, marijuana must be consumed at home. The attitude towards marijuana in Nova Scotia is relatively strict, so it is recommended that you don’t smoke in public places. Always use your discretion!

No. All marijuana products purchased in Canada must be consumed in Canada. However, medical marijuana patients in Nova Scotia may travel to other Canadian provinces without issue.