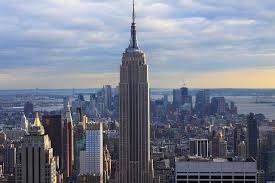 Both the state and the Big Apple itself have relatively progressive laws, yet New York is still quite a ways behind Colorado and Washington. Medical marijuana was legalized this year on July 5th, yet it is still illegal to smoke the herb due to Medical Marijuana Assembly Bill 6357.
TWhile New York is the 23rd state to legalize medicinal use, the bill only intended for seriously ill patients and has not yet been implemented. It gives very few patient rights and only bill is brand new and has not yet been implemented. Flowers in the form of buds will still be illegal even for patients and there will only be 5 authorized state licensed producer/processers and 20 dispensaries in the state.

Social cannabis use in New York City has long been associated with the show business culture. In the 1930s, New York had over 1,200 hashish bars where the affluent could gather and consume in a social environment.
Mary Jane is decriminalized in New York but it is still illegal for recreational use. First time offenses for possession of small amounts (under 25 grams) are punished by a fine of $100.
Consumption in public areas is subject to strict penalization throughout the state, except in NYC, where police have been more lenient. Brooklyn District Attorney Ken Thompson recently issued a memo to NYPD that his office would no longer prosecute people caught in possession or even consuming in public. This is a very similar to the stance taken by Seattle’s District Attorney Pete Holmes, who recently announced that marijuana law enforcement is the lowest of their priorities.
Kush encourages discretion for all travelers. Vape pens are often the best way to consume if you must in a public area. You can be convicted of a DUI in New York so consider taking public transit or an Uber/Lyft.

Is Marijuana legal in New York?

NO. New York recently legalized a medical marijuana bill, but it is extremely restrictive. New York has decriminalized cannabis however. The penalty for possession of less than 25 grams is only a misdemeanor and a fine starting at $100 for the first offense.
Unfortunately the police have found a loophole in the current law and exploit it by getting the arrestee to display their cannabis in public view resulting in a bigger offense. This one loophole has led New York to have the second highest per capita arrest rate for marijuana offenses at around 93,000 per year.

Can I get my Medical Card if I am not a New York Resident?

Hopefully there will be state licensed dispensaries soon, but even then the current bill will only authorize 20 dispensaries. Your best bet is to make friends New York City. Use your nose and start with art galleries!

What do you need to purchase cannabis in marijuana?

You need a medical card which you can get from specific doctors in the state.

Currently you will only see oils, extracts, and concentrates. The state has outlawed flowers and buds. They do not want smoking to be a form of medicinal consumption.

Without your New York Medical Marijuana Card cannabis possession for personal use under 25 grams is only punishable by a maximum of $100.
Possession limits are still being determined if you have your medical card. No whole plant cannabis will be sold in state licensed dispensaries.

Legally you can only consume in private if you are a medical marijuana card holder, and the state of New York is quite strict on this rule. We do not recommend breaking this law in any way. New York City on the other hand is quite liberal with public consumption, but remember the state as a whole is the second highest for their per capita marijuana arrests.

When will new Marijuana Laws take place in New York?

This question is completely up in the air. We are waiting for more information from the New York Department of Health.

Yes. You can always get in trouble at the federal level, but as long as you follow the rules for marijuana in New York state and local authorities will not have any issues with you.