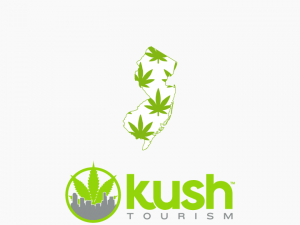 The pro-marijuana group New Jersey United for Marijuana Reform is advocating for the end of marijuana prohibition by legalizing, taxing, and regulating marijuana similarly to alcohol in 2018, and it looks as though they may get their way! New Jersey Governor-elect Phil Murphy has pledged to sign legislation that will legalize recreational cannabis within his first 100 days in office. Murphy also looks to records records for those previously convicted for cannabis related crimes. This would be a big deal for the Garden State, let’s hope everything moves forward as Murphy has outlined.

On the positive side, New Jersey is also the only state that allows minors to partake in medical marijuana at school. Also, a board was recently appointed in charge of adding qualifying conditions to the medical marijuana program – this will allow many patients who were previous barred from the program (like patients with PTSD, Lupus, and chronic pain) to acquire medical marijuana.

Kush encourages discretion for all travelers. If you do partake, don’t drive while high – you can be convicted of a DUI for driving under the influence of marijuana in New Jersey. If you find yourself in a pinch with the law, check out our New Jersey Cannabis Lawyers page for help!

Is Marijuana legal in New Jersey?

Recreational marijuana is not legal in New Jersey, but medical marijuana has been legalized since 2010 for qualified patients. Despite popular belief, Marijuana has not yet been decriminalized.

There are currently six dispensaries licensed to operate in New Jersey where licensed patients can acquire medical marijuana. You can see a list of dispensaries here.

How can I get a medical marijuana card?

Patients with a qualifying condition can contact a licensed physician for a medical marijuana prescription. Approved patients have a possession limit of two ounces per month. Home cultivation is not allowed – all medical marijuana must be purchased from a state-licensed dispensary.

How can I help legalize marijuana in New Jersey?

You can help support the marijuana legalization efforts in New Jersey by pledging your support on the New Jersey United for Marijuana Reform website, signing the petition against marijuana prohibition, and/or writing to your lawmakers.

How much will medical marijuana cost?

New Jersey has some of the most expensive medical marijuana in the country. The price of marijuana will vary based on strain and quality, but the price for one ounce of cannabis will range from $425 to $520, with an average of $489 – not including the 7% state sales tax.

What types of marijuana do the stores sell?

In New Jersey, you will need an appointment to visit the medical marijuana dispensary. A number of flower strains ranging from Indicas to Sativas and everything in between will be available. Each cannabis strain can have different effects so be sure to ask the budtender for assistance in choosing the best strain for you. Strong Sativas strains are known for their general uplifting, energizing, and head high effects while Indicas are known for their full body highs and sedative effects.

Dispensaries may also sell a number of other types of marijuana products, including but not limited to:

Marijuana possession has not been decriminalized in New Jersey. Possession of 50 grams or less of marijuana and/or possession or use of paraphernalia for a non-medical patient is disorderly person charge punishable by up to 6 months in prison and/or $1,000 maximum fine. More than 50 grams is a crime punishable by up to 1.5 years and/or up to $25,000. Possession within 1,000 feet of a school adds 100 hours community service to the sentence, as well as an additional fine. If you find yourself in a pinch with the law, check out our New Jersey Cannabis Lawyers page for help!

Yes. You can always get in trouble at the federal level, even if marijuana is legalized in New Jersey. Be sure to always follow the laws of the state you are in so state authorities will have no issues with you.