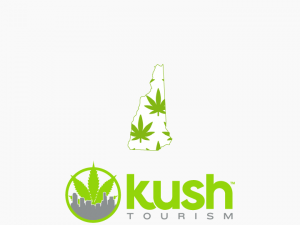 New Hampshire allows the legal use of medical marijuana. The state legalized cannabis for medical purposes in 2013, and to date there are nearly 1,300 patients across the state.

The New Hampshire Department of Health and Human Services oversees the state registry program for patients. Users are encouraged to carry their paperwork in case they encounter law enforcement.

Lawmakers are are currently in the process of debating several bills that would potentially legalize marijuana for recreational uses in New Hampshire. With the progress that was made in the November 2016 election on the East Coast, now states like Maine and Massachusetts are putting the pressure on their neighboring states to follow suit or be left behind.

Hopefully 2018 is the year where New Hampshire steps up and joins the ranks of other legalized states. With all of the financial and human rights benefits attached to legalization, hopefully this decision will be a simple one.

A bill that would legalize marijuana for recreational use by adults was introduced in January 2018, and New Hampshire House of Representatives voted in favor of the measure. The bill will next go to the House but has opposition if it reaches the Senate. Gov. Chris Sununu has spoken out against the legislation, which ultimately will vanquish attempts until the measure is put to popular vote in November 2018.

The people of the Northeast want legal cannabis, and they should have full access to it! If you find yourself in a pinch with the law, check out our New Hampshire Cannabis Lawyers page for help!

Is Marijuana legal in New Hampshire?

No. As of February, 2017, recreational marijuana is not legal in New Hampshire. This may change in the near future now that Massachusetts and Maine have legalized recreational Cannabis, and New Hampshire doesn’t want to be left behind! Medical Marijuana has been legal in the state since 2013, but getting your hands on a MMJ card isn’t the easiest thing to do. If you find yourself in a pinch with the law, check out our New Hampshire Cannabis Lawyers page for help!

Currently, the only outlets in New Hampshire where residents can legally purchase marijuana are state licensed MMJ dispensaries. There are provisions to the state’s MMJ laws that prevent more than 4 dispensaries from operating across the state. New Hampshire also doesn’t allow for private caregivers or home cultivation.

I want to apply to get my New Hampshire medical marijuana card, where do I go?

Can get a medical marijuana card if I am not a resident of the state?

No, New Hampshire law requires that you prove residency by applying with either a valid state issued New Hampshire ID proving you are at least 18 years of age or valid New Hampshire voter card. The state does accept MMJ reciprocity, but they will not allow out of state patients to make legal purchases. All this means is that if you are caught with cannabis and have an out of state MMJ card, you will not be prosecuted.

How much cannabis am I allowed to purchase/possess?

Registered medical marijuana patients are legally allowed to purchase and possess up to two ounces of usable flower material.

Where can I go on vacation now and enjoy my basic civil right to consume cannabis?

Cannabis vacations are super popular now. You have choices..for stores, for lodging, for tours, entertainment and more. Check out what is going on in: Alaska, Colorado, Oregon and Washington State.