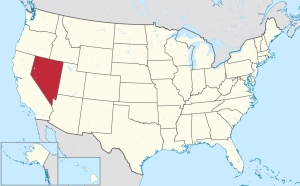 Nevada took steps to to legalize the recreational use of cannabis for all adults over the age of 21 in the November 8th 2016 election. While the state has offered marijuana for medical reasons since November 2000, this new legislation will allow the state to freely license and tax retail marijuana shops at their discretion.

In regards to when an adult may have access to legal recreational marijuana, one can logically expect shops to start opening up in Las Vegas and other places around the state as soon as January 2018. This is the way other states have handled it previously, and it takes some time to figure out the licensing and other regulations.

Be sure to check back here for more information, because we will keep you posted on where to get your hands on legal herb as soon as it is available to the public!

Information on Nevada’s Initiative Petition 1, which would legalize marijuana in the state.