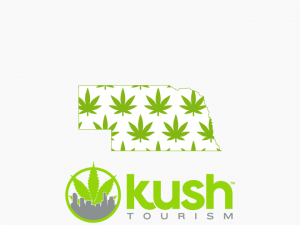 Currently all forms of marijuana are illegal in Nebraska – that’s just the way it is for now. There have been some valiant efforts by lawmakers to introduce medical marijuana legislation, but they haven’t gotten far yet. The penalties for possession aren’t as strict as in some states; less than an ounce is an infraction or a misdemeanor. However, for a pound or above that you’re looking at a felony. It’s also a felony to cultivate cannabis, and possession of any amount of hash or concentrates is a felony. Ouch! The good news is in Nebraska, like many other states coming slowly out of prohibition, lawmakers are working to get things changed.

Nebraska has very severe penalties for sale/manufacture as well; sale or manufacture of any amount is a felony and could get you up to 5 years in jail and/or a $25,000 fine. They aren’t messing around here and we truly advise caution. If you find yourself in a pinch with the law, check out our Nebraska Cannabis Lawyers page for help!

Obviously in Nebraska, as in all the other states in this great country of ours, people use cannabis. The challenge here is to move legal reform along as quickly as possible so folks can get their medicine and stop going to jail for using this most wonderful plant.

Sen. Tommy Garrett introduced LB 643 in January 2015, a bill would allow for a small window of opportunity for the most seriously ill patients. Once again, the message to some is you must be dying to earn the right to good, safe medicine. In the end the bill was voted down. The good news is, there are compassionate lawmakers in Nebraska who are working to change things. As always, we recommend that you contact your legislator if you live in Nebraska.

Can I buy marijuana in Nebraska?

The only answer here is no; it’s illegal and you really don’t want to end up paying a fine for a joint or two.

Can I get medical marijuana in Nebraska?

Where can I buy marijuana in Nebraska?

We never condone breaking the law but are aware that people do need to medicate and have the right, illegal or not, to enjoy the wonders of cannabis. If you’d like to see what people say they’re spending on pot, check out www.priceofweed.com.

How much are people paying for marijuana in Nebraska?

The price of marijuana will vary based on strain and quality, and it will also be highly dependent on what the tax percentage is. You can expect prices to be between $10 to $30 per gram, and between $240 and $316 per ounce.

How tolerant is law enforcement of pot use?

At this point users in Nebraska report a ‘social rating’ of medium tolerance; in other words, you’ve got about a 50/50 chance with the law there. So use large amounts of caution if you do medicate. If you find yourself in a pinch with the law, check out our Nebraska Cannabis Lawyers page for help!