Massachusetts become the first state on the East Coast to have legal recreational marijuana! On November 8th, 2016 cannabis became legal for both medical and recreational uses in the state of Massachusetts! 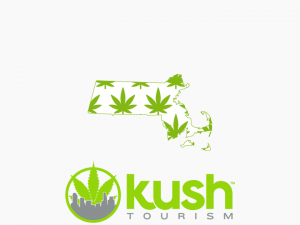 Massachusetts voted to decriminalize marijuana in 2008, which greatly reduced the penalties for possession and distribution. Voters approved the use of medical marijuana just four years later in November 2012.

The medicinal marijuana law went into effect in January 2013. The law allows approved patients to possess up to a 60-day supply of marijuana. The first medical marijuana dispensaries were opened in 2015 and can now be found around the state.

For a comprehensive list of Medical Marijuana dispensaries in the state, check out our Massachusetts Dispensary Map & Directory by clicking here.

Recreational shops should open soon! Lawmakers are estimating that shops will open to the public July 1st, 2018 if there are no more hiccups in the timeline like there have been in recent history. Check back here for more info about the shops and their locations when they do open their doors to the public!

Looking for a great place to stay? Our comprehensive Massachusetts Lodging Resource will lead you to the friendliest lodging options in the state! If you find yourself in a pinch with the law, check out our Massachusetts Cannabis Lawyers page for help!

Is Marijuana legal in Massachusetts?

Yes in fact it is! Currently in order to purchase marijuana from one of the few dispensaries in the state, you need a medical marijuana card, which you can get from one of over 100 doctors approved to prescribe marijuana in the state. Recreational marijuana just became legal too, but there are not any retail locations open to the public yet!

Can I get my Medical Card if I am not a Massachusetts resident?

No, you cannot get your medical marijuana card if you are not a Massachusetts resident, but once recreational shops open, you won’t need a medical card if you are over the age of 21!

If you have a medical card, there are already medicinal locations open, but recreational shops are not yet open to the public. Check back here for more info as shops start to open in the state! It’s looking like the big day will be 7/1/2018!

For a comprehensive list of Medical Marijuana dispensaries in the state, check out our Massachusetts Dispensary Map & Directory by clicking here.

As of January 2016, you need a medical card, which you can get from specific doctors in the state. After November 2016, since recreational marijuana was legalized, you will just need any valid form of government-issued identification proving that you are over the age of 21.

You will see a number of different flower strains categorized by their strains ranging from strong Indicas to strong Sativas and everything in between. Each strain can have different effects so be sure to ask the budtender for assistance in choosing the best marijuana for you. Strong Sativas strains are known for their general uplifting, energizing, and head high effects while Indicas are known for their full body highs and sedative effects.Dispensaries will also sell a number of other types of marijuana products, including but not limited to:

The price of marijuana depends on strain and quality, but you can expect marijuana prices to be between $10 and $30 per gram when recreational shops open.

With your Massachusetts Medical Marijuana Card, you are allowed to possess a 60-day supply for medical use, as prescribed by your doctor.

Now that recreational marijuana is legal, adults will likely be allowed to possess up to one ounce of marijuana flower.

You may only consume marijuana in a private residence.

When will new Marijuana Laws go into effect in Massachusetts?

It is estimated that the law will go into effect on the first day of January 2017. Urgency measures take effect immediately after they are signed or after they are allowed to become law without signature.

How Many Marijuana Plants Can I Grow in Massachusetts?

Adults over the age of 21 may grow up to 6 plants, with no more than 3 flowering at a time, and if there are more than one adults in a home, the limit of plants per house may not legally exceed 12. If you are over the age of 21 and are a Massachusetts resident, you should consider trying your hand at horticulture! Why not throw some seeds in the earth and see what happens! Can’t beat free weed that you worked on! It makes the endeavor that much sweeter when it comes time to consume! Congrats Lobster State residents!

Read more about BHO and Concentrates here: “What’s the Buzz about BHO”

When will new Marijuana Laws take effect in Massachusetts?

When will recreational Marijuana stores open up in Massachusetts?

This question is completely up in the air and up to the determination of the state control board. Because the law is modeled after Colorado Law, we can anticipate stores opening up January 1, 2018.

Are there marijuana tours in Massachusetts?

There currently are no recreational marijuana tours, but some will likely be popping up soon with the recent legalization of recreational cannabis. More information on Massachusetts Marijuana Tours can be found here!

Yes. You can always get in trouble at the federal level, but as long as you follow the rules for marijuana in Massachusetts, state and local authorities will not have any issues with you. If you find yourself in a pinch with the law, check out our Massachusetts Cannabis Lawyers page for help!