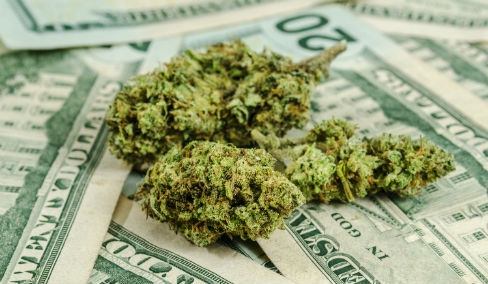 In recent years, Connecticut has made significant revisions to its statewide marijuana laws. In 2011 the state of Connecticut decriminalized small amounts of the substance, and in 2012 the state established their own medical marijuana program.

One of the representatives in this movement is Juan Candelaria, who is a sponsor of the legislation. He believes “it’s time for Connecticut to follow states like Colorado, Washington, Alaska, D.C., and Oregon, which have legalized marijuana through ballot measures.” He also stated that legalization is “going to happen sooner or later no matter what. It may not happen in this legislative session and it may not happen in the next, but I’ll tell you, within the next five or 10 years we’re going to see it in Connecticut.”

If you are a Connecticut resident who supports legalization, don’t get TOO excited yet because this is definitely going to be an uphill battle for the state. Representative Roland Lemar (who is the main sponsor of the legislation) recently said “the chairs of the Public Health, Judiciary, and Finance Committees have so far declined to hold a public hearing on the bill. Last year a similar bill was raised and there was no public hearing.”

Even though Connecticut Gov. Dannel P. Malloy was in favor of decriminalizing small amounts of marijuana and helped establish the states medical marijuana program back in 2012, he recently stated at an unrelated press conference: ““I’m not in favor of legalizing marijuana.”

The state of Connecticut is estimated to be in a $570 million deficit, and legalizing marijuana for recreational use and applying a sales and excise tax on the plant could help generate some of the money they desperately need. In 2015, Colorado sold about $1 billion worth of legal weed, and this generated about $135 million in taxes that went back to the state. Connecticut is MUCH smaller than Colorado and the revenue from taxes would be significantly less, but representative Roland Lemar estimates legalizing marijuana in the state would generate somewhere between $10 and $20 million. (All depends on how many people would be smoking fat in Connecticut!)

We will keep you posted on what happens in Connecticut when we find out more reliable information. We hope this trend of legalizing marijuana for recreational use will continue in other states, and we are excited to see how this industry grows throughout the nation in the next 5-10 years! Cheers. Thanks for reading.

If you are interested in other states current marijuana laws check out our page: List of Marijuana Laws By State. This is a great resource to use to find current and updated information regarding legalization.

Article Name
Will Recreational Marijuana Become Legal In Connecticut?
Description
In recent years, Connecticut has made significant revisions to its statewide marijuana laws. In 2011 the state of Connecticut decriminalized small amounts of the substance, and in 2012 the state established their own medical marijuana program.
Author
Chase Nobles
Kush Tourism