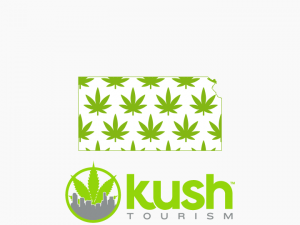 Marijuana reform is taking place in Kansas but very slowly. Currently cannabis is not legal in any form, though there are efforts to change that.

Currently, you can spend up to a year in jail and a fine of up to $1,000. In 2016, each house of the Kansas Legislature passed bills to reduce penalties for marijuana possession. If one of the bills passes, it would reduce the penalty for a first offense to six months and for a second offense to one year. Because the two bills contain different provisions, a committee will decide their fate. Both are ‘weak tea’ efforts to decriminalize a substance that lawmakers apparently still have strong bias against. This is not real progress. This is theater. The fight for legalization must continue.

Surveys have shown that sixty-three percent of Kansans support decriminalizing marijuana. Sixty-eight percent of Kansans support patient access to medical marijuana. A federal appeals court decided in August of 2016 that law enforcement officials cannot stop a car just because it is registered to a state that has legal marijuana? What? They had to be told that? Even in the midst of great change, the old guard tries to hold on to its power, even if it is based on an unjust law. As long as Kansas lawmakers and law enforcement continue to focus their attention on people bringing weed to the state, they will continue to lose the drug war and Colorado will continue to benefit in taxes for schools and youth prevention programs.

Harsh penalties like those in Kansas do not reduce marijuana consumption rates. Instead,
they cost taxpayers money and needlessly ruin lives. Legislators around the country are beginning to understand that branding marijuana users with a life-long criminal record can hurt careers, housing, and educational opportunities. If you find yourself in a pinch with the law, check out our Kansas Cannabis Lawyers page for help!

CAN I BUY CANNABIS IN KANSAS?

The only answer here is nope – not yet. If you find yourself in a pinch with the law, check out our Kansas Cannabis Lawyers page for help!

CAN I GET MEDICAL MARIJUANA IN KANSAS?

Again, no, but there are several bills in the legislature that look positive for the medical side of things. A majority of Kansans support access to medical marijuana, so hopefully this will change soon.

WHERE CAN I BUY MARIJUANA IN KANSAS?

Currently, there are no legal outlets in Kansas where residents can purchase marijuana for
recreational or medical purposes. Of course, people ARE buying weed, but unfortunately, their
government still believes it has the right to deny its citizens the basic human right of consuming
this sacred and medicinal plant. As a result, all of that potential tax money and ability to ensure
the product is safer and tested is lost in the illegal market. We don’t condone breaking the law,
but if you want to see what people report to be spending on weed in Kansas, check out Price of
Weed.

HOW MUCH WILL IT COST WHEN I CAN BUY IT?

The price of marijuana will vary based on strain and quality, and it will also be highly dependent
on what the tax percentage is. You can expect prices to be between $10 to $20 per gram.

WHAT CAN I DO TO HELP?

Vote. Know who your lawmakers are from school board to senator and let them know how you feel. Stay well informed about efforts in other states that have been effective against the archaic thinking of the war on drugs. Speak out and advocate where you can.