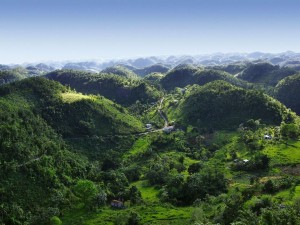 When we think of Jamaica, ‘ganja’ is typically one of the fastest associations we make with the country. Thanks to the Rastafarian community, which was popularized by Bob Marley and reggae music, marijuana use has become a symbol of the country. Rastafarians use marijuana as a spiritual drug, and the smoking of marijuana is a part of their religious ceremonies. However, despite marijuana’s ubiquity in the country’s perception, marijuana is not fully legal in Jamaica and until recently, it was not decriminalized.

In mid-2015, the country passed a drug law amendment that decriminalizes small amounts of marijuana for personal use. Under the new law, possession of up to 2 ounces (or 56 grams) of marijuana is a petty offence punishable by a maximum fine of about $5. The law also allows the cultivation of up to five marijuana plants per household. Rastafari adults are also now permitted to use marijuana for sacramental purposes for the first time. Jamaica is the first country to specify that marijuana use related to religion is legal. These law changes are hopefully the first steps to full marijuana legalization in Jamaica.

One of the biggest changes in the law is that medical marijuana is now legal, and Jamaica hopes to establish a presence in the globally emerging medical marijuana market. Under the act, possession of marijuana for medical or therapeutic purposes is allowed. “Therapeutic” is a flexible term that many Jamaicans hope will allow tourists to partake in cannabis consumption. A cannabis licensing authority will regulate the cultivation and distribution of marijuana.

Many Jamaicans are excited about the prospect of pot tourism. Under the law, visitors who are ill or have a medical marijuana prescription from their home country will be able to purchase a permit at the airport for a few dollars that will allow them to consume marijuana. Patients who have a medical marijuana prescription will have to show a prescription from their doctor. Another popular tourism activity in Jamaica is taking a tour of an outdoor marijuana farm. This activity comes highly recommended and many companies can coordinate these tours for you – you’ve never seen anything like it!

Is Marijuana legal in Jamaica?

Medical marijuana is legal in Jamaica. Although recreational marijuana use is not explicitly legal, it has been decriminalized and possession of up to 2 ounces or 56 grams of marijuana is punishable by a maximum fine of $5. It is also legal to grow up to five marijuana plants.

Marijuana use is also legal for practicing Rastafari adults to use for sacramental purposes. Rastafarians are permitted to grow and transport their marijuana with no limits, but they are forbidden from selling it and must only consume in their place of worship.

For tourists looking to buy marijuana, it is exceedingly easy to find and you can likely ask any cab driver or hotel worker for a hook up with no problem. The new law means tourists don’t have to worry about more than a $5 possession fine if caught.

Do I need to have a medical marijuana prescription from my home country to purchase a permit?

No, you don’t have to. Visitors arriving in Jamaica who want to purchase a permit will just have to swear that they are ill or using the marijuana for therapeutic purposes. “Therapeutic purposes” is written into the law as a permissible reason for using cannabis, and because it is very vaguely defined, most visitors will be allowed to buy a permit with that reason.

You may possess up to two ounces (or 56 grams) of marijuana and cultivate up to five marijuana plants.

What kinds of marijuana will be available?

Pretty much all of the marijuana that you’ll find in Jamaica is grown outdoors. You will find Sativa, Indica, and hybrid strains of marijuana. Sativa strains of marijuana are a more energizing head high, whereas an Indica strain will give you a stronger body high and can induce “couch-lock.”

Typically, you can get an ounce of marijuana for $100 or less in Jamaica. Prices may vary when the medical marijuana stores open.

Where can I consume marijuana in Jamaica?

Under the law, marijuana must be consumed on private property. You likely won’t get in trouble for smoking in public, but use discretion.

Can I bring marijuana purchased in Jamaica to another country?

No! All marijuana and marijuana products purchased in Jamaica must be consumed in Jamaica. Jamaica has very strict drug trafficking laws and they are strict about them. If you have marijuana left over after your visit, donate or sell it to another grateful tourist.