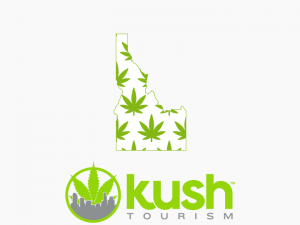 Bordering two of the most cannabis friendly states in the country, Washington and Colorado, you would think Idaho would be progressing towards at least medical marijuana legalization. Unfortunately for marijuana lovers, Idaho is one of the least cannabis friendly states in the nation to light up in. Based on current legislation and public sentiment, it doesn’t look as if things will be changing much in the near future.

Early in 2016, the Senate made the first positive progress towards medical legalization in the state by passing Senate Bill 1146, which allowed a CBD-heavy but no-THC cannabis oil to be used by medical patients, particularly aimed at helping children suffering severe seizures. However, briefly after the senate passed the bill, Governor Butch Otter vetoed it.

The Idaho Medical Marijuana Association, a group of marijuana activists, says it is preparing a new initiative petition focused on creating a medical marijuana program, despite similar previous initiative petitions in the state failing with less than half the number of needed signatures. Idaho also has a high threshold for passing initiatives, making it more difficult to pass controversial legislation. With a majority of Idaho residents opposing marijuana legalization, it will be an uphill battle. However, polls indicate higher support for medical marijuana than recreational legalization, giving Idaho marijuana advocates hope for their medical marijuana program’s petition.

At this time, marijuana is still very much illegal to possess, sell, and smoke in Idaho. Possession of up to three ounces of marijuana can result in a year in jail and/or up to a $1,000 fine. Even just being high can lead to a six-month jail sentence and/or up to a $1,000, so be wary of public intoxication. Kush Tourism encourages extreme discretion for all travelers, if you do choose to partake. If you find yourself in a pinch with the law, check out our Idaho Cannabis Lawyers page for help!

Is Marijuana legal in Idaho?

Marijuana is not legal in Idaho in any form. An attempt to legalize a certain type of medical marijuana oil was vetoed in early 2016 after the Senate passed the bill. There is no current legislation attempting to legalize medical or recreational marijuana in Idaho.

Currently, there are no legal outlets in Idaho where residents can purchase marijuana. Be careful who you talk to about grass in Idaho!

How can I help legalize marijuana in Idaho?

Early in 2016, New Approach Idaho failed to meet the number of signatures required to pass the Idaho Medical Marijuana Initiative, which attempted to legalize the use of medical marijuana for seriously ill and terminally ill patients. Supporters only gathered about 20,000 of the 47,623 signatures needed to get the initiative on the ballot.

If marijuana becomes legalized, what types of marijuana will the stores sell?

The answer will depend on the specific law that is passed in Idaho, but in general, this is an overview of what stores carry in states with legalized marijuana. You will see a number of different flower strains categorized by their strains ranging from strong Indicas to strong Sativas and everything in between. Each strain can have different effects so be sure to ask the budtender for assistance in choosing the best marijuana for you. Strong Sativas strains are known for their general uplifting, energizing, and head high effects while Indicas are known for their full body highs and sedative effects.

It is still criminally illegal to possess, sell, distribute, and smoke marijuana in Idaho. It has not been decriminalized. Possession of up to three ounces of marijuana is a misdemeanor, but it can result in a year in jail and/or up to a $1,000 fine. Possession of more than three ounces is a felony charge punishable by five years in prison and up to a $10,000 fine. Even being high in public can lead to a six-month jail sentence and/or up to a $1,000, so be wary of public intoxication. Sale and distribution of marijuana carries very harsh felony penalties, dependent on the amount.

Yes. You can always get in trouble at the federal level, even if marijuana becomes legalized in Idaho. Be sure to always follow the laws of the state you are in, and state authorities will have no issues with you. If you find yourself in a pinch with the law, check out our Idaho Cannabis Lawyers page for help!