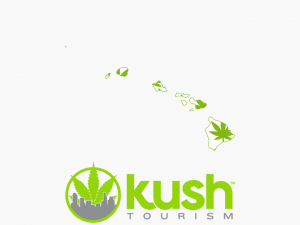 Marijuana has been a part of Hawaii’s culture for a long time, and some people are surprised that Hawaii isn’t leading the charge when it comes to legalizing marijuana. Hawaiians are famously known for growing great marijuana, including some famous strains – Maui Wowie, anyone? However, marijuana legalization has been slow going in Hawaii.

Hawaii never decriminalized marijuana, but medical marijuana was approved in 2000. The law allowed patients to grow up to seven of their own plants, but did not allow any medical marijuana dispensaries to be opened. Thankfully, that is finally changing.

A new law was passed in July 2015 that will permit medical marijuana dispensaries to open in Hawaii. The state began cultivating cannabis for sale in February 2017 and legal medical sales followed shortly thereafter.

Despite being illegal, it can still be pretty easy to find marijuana and Hawaii. Kush encourages discretion for all travelers. It isn’t unusual to see and smell weed in public in Hawaii, but use common sense and courtesy. Don’t drive while high – you can be convicted of a DUI for driving under the influence of marijuana in Hawaii. If you find yourself in a pinch with the law, check out our Hawaii Cannabis Lawyers page for help!

Is Marijuana legal in Hawaii?

If you are not a patient, possession of marijuana is classified as a misdemeanor penalty. If you have less than one ounce of marijuana, there’s a $1,000 maximum fine and 30 days in jail possible incarceration.

Can I get my Medical Card if I am not a Hawaii resident?

No, you cannot get your medical marijuana card if you are not a Hawaii resident.

You will need a Hawaii medical marijuana card, which you can get from specific doctors in the state.

The law says medical marijuana dispensaries will not be permitted to sell dabs and waxes, typically processed with butane.

Patients may grow up to seven live marijuana plants. Patients will be allowed to purchase four ounces every 15 days or 8 ounces every 30 days.

You may only consume marijuana in a private residence. However, Hawaiians tend to be pretty lax about marijuana use and as long as you stay out of public, it’s unlikely that you’ll be caught.

When will new Marijuana Laws go into effect in Hawaii?

New dispensaries will be allowed to open on July 15th, 2016, with approval from the state. On January 1st, 2018, patients from other states will also be allowed to purchase medical marijuana at Hawaii dispensaries.

Yes. You can always get in trouble at the federal level, but as long as you follow the rules for marijuana in Hawaii, state and local authorities will not have any issues with you. If you find yourself in a pinch with the law, check out our Hawaii Cannabis Lawyers page for help!