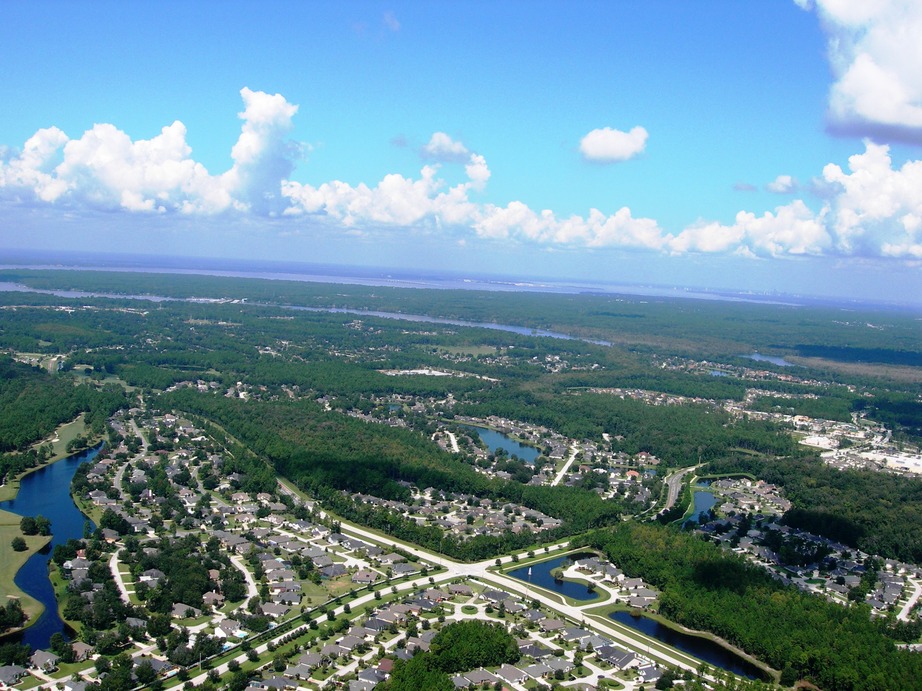 On November 4th, 2014 Florida had the opportunity to legalize medical marijuana. Florida laws are pretty strict regarding drug use and trafficking. The legalization of medicinal greens, however, would prove to the conservative Southeastern culture that cannabis can benefit many individuals.
June 16, 2014, Gov. Rick Scott (R) signed Senate Bill 1030, “The Compassionate Medical Cannabis Act of 2014.” This legislation is for Low THC medicine for patients suffering from seizures. The measure will take effect on January 1, 2015 if voted into law.
Most of the marijuana available in Florida is produced in Jamaica or Mexico. Law enforcement officials throughout the state report that marijuana is readily available in every county, but if you’re just traveling for a vacation it might be hard to come by.
Currently, the law is that possession of 20 or fewer grams is a first degree misdemeanor, punishable with up to one year in jail. Possession of over 20 grams is a third degree felony and might result in up to 5 years in prison. Cultivation can lead to 5-15 years in prison and a $5,000-10,000 fine.
Even if medical marijuana is legalized, consumption must take place in private and you can be convicted of a DUI in Florida.
The Amendment 2 Initiative will be on the November 2016 ballot, and if passed will legalize medical marijuana.

Maritime drug seizures are a common occurrence in Florida, and lead to some unexpected consequences. Many times when boats are being pulled over they toss the drug in the ocean, and it is not uncommon to see the news reporting on bails of marijuana and cocaine that wash up on the beaches.

Below are a couple examples of the scale and types of busts that are occurring.

On October 20, 2002, a boarding crew from a U.S. Coast Guard (USCG) cutter seized 1,075 pounds of marijuana from a 28-foot private fishing boat during a standard safety inspection. The seizure occurred in the Florida Straits approximately 30 miles east of Miami. The marijuana was secreted in the cabin and in storage compartments throughout the vessel. Two male U.S. citizens were arrested. The origin of the marijuana is unknown.

On February 28, 2002, USCS agents seized 2 tons of marijuana aboard a containerized vessel at the Port of Miami. The marijuana was concealed in a containerized shipment of yams. The vessel arrived from Kingston, Jamaica.

Florida Right to Medical Marijuana Initiative, Amendment 2 is on the November 4, 2014 ballot in the state of Florida as an initiated constitutional amendment. If approved by voters it specifically covers:

Additionally, on June 16, 2014, Gov. Rick Scott (R) signed Senate Bill 1030, “The Compassionate Medical Cannabis Act of 2014.” This legislation is for Low THC medicine for patients suffering from seizures. The measure will take effect on January 1, 2015 if voted into law.

Possession for personal use: Possessing 20 or fewer grams of marijuana is a first degree misdemeanor, punishable with up to one year in jail. (Fl. Stat. Ann. § 893.13(6)(b).)

Possession and maximum purchase amounts will be determined by the Florida Department of Health.

Even if Medical Marijuana is legalized you are only allowed to consume in private. The south is still known for harsh cannabis laws, and legalizing medical marijuana will rub many people the wrong way. Police in opposition will be looking for a reason to bust medical marijuana patients.

Cannabis is not openly consumed on the streets like it is in Seattle.

Third convictions within ten years. Defendants with one or more previous conviction within the past ten years are guilty of a third degree felony. Penalties include up to five years in prison, and mandatory placement of an ignition interlock device in the offender’s vehicle for at least two years. (Fl. Stat. Ann. § 316.193(2)(b)(2).)

Third convictions after ten years. Violators with one or more previous conviction that occurred more than ten years before the current violation will face up to one year in jail, a fine between $2,000 and $5,000, and mandatory placement of an ignition interlock device in the offender’s vehicle for at least two years. (Fl. Stat. Ann. § 316.193(2)(b)(3).)

DUI causing Death, Serious injury, or property damage. In addition to harsher fines and prison time imposed on DUI offenders who cause death, injury, or property damage; the judge will impose monthly probation reporting requirements, completion of a substance abuse course (including a psychosocial evaluation of the offender), and community service requirements. (Fl. Stat. Ann. § 316.193(3),(5),&(6)(a).) The judge may also order the offender’s vehicle impounded or immobilized. (Fl. Stat. Ann. § 316.193(6)(d).)

Many people break this law every day and have no issues driving while under the influence of cannabis. There need to be more studies on the actual impairment level that constitutes a DUI, but until then there are plenty of public transit options as well as cabs and Uber/Lyft drivers.

If you do have an issue with a DUI, click the following link for a list of qualified lawyers.

You cannot travel to other states with your purchase of cannabis, or you could be facing state and federal prosecution. Although people do it on a regular basis, the police are on the lookout.  Horror stories come from conservative states on a regular basis. Many travelers are quickly profiled as cannabis users and forced into illegal searches.

Many times officers claim to have smelled something, and sometimes they even lie about it. Officers can use smell as probable cause to search your vehicle. The best thing to do in this situation is to stay calm, be respectful, and do not allow for a search especially if you do have cannabis.  If they do decide to search your vehicle it is best to stay quiet and contact a qualified attorney as soon as possible especially if you have cannabis in the vehicle and get caught.

Luckily you are more than welcome to have marijuana in your vehicle here in Florida!

Even if medical cannabis is legalized in November, be sure to still be very careful with marijuana in cars, and never drive under the influence!

Cultivation/Growing is not allowed by any resident or patient. Only State Regulated Treatment Centers can grow Medical Marijuana. If the Amendment 2 Initiative is passed in November, maybe medical patients will be allowed to cultivate for personal use, only time will tell!

The Florida Department of Health will be responsible for licensing commercial growers. Stay posted for more information from them.

Is Marijuana legal in Florida?

No, but Gov. Rick Scott recently signed Senate Bill 1030 which will allow the use of certain low THC Strains such as Charlotte’s Web. The law will be effective January 1, 2015, and the state has already taken action to license growers. Unfortunately there will only be 5 licensed growers in the state at the launch of the program.

After November if Amendment 2 is approved:

Yes,  but you will need to meet the criteria of a qualified patient and get approval from a licensed physician in the state of Florida.

Can I get my Medical Card if I am not a Florida Resident?

Unfortunately you cannot get your medical card if you are not a resident at this point. In fact until the Florida Department of Health decides how to move forward after the election, no one can get their medical authorization.

Although you cannot buy cannabis at gas stations yet, hopefully following the election and implementation of Amendment 2 you will be able to buy it at many dispensaries across the state. It might be a while before the stores are up and running due to the proposed amount of regulation Florida has on the new industry.

After November if Initiative 91 is approved:

You will see a number of different flower strains categorized by their strains ranging from strong Indicas to strong Sativas and everything in between. They all have different effects so be sure to ask the bud tender what you are getting. Strong Sativas are known for their general uplifting energizing and head high effects while Indicas are known for their full body highs and sedative effects.

You could be facing harsh consequences if you do. Due to the culture in the south, we recommend following all laws because the penalties are so stiff. If the legalization of Medical Marijuana passes many surrounding states will be unhappy and looking for reasons to bust legitimate patients traveling out of state.

Even if Medical Marijuana is legalized you are only allowed to consume in private. The south is still known for harsh cannabis laws, and legalizing medical marijuana will rub many people the wrong way. Police in opposition will be looking for a reason to bust medical marijuana patients.

Cannabis is not openly consumed on the streets like it is in Seattle.

Are the low THC high CBD strains going to get me stoned?

No, but you will most likely feel something. THC is noted for the “high” feeling. CBD is noted for the “well” feeling. Many cannabis health professionals ague for the Entourage Effect which is the combination all of the natural cannabinoids and compounds formed by the cannabis plant. Using this as a form of medicine, rather than singling out one specific compound like CBD, is arguably the best way to medicate.

In a ratio of 1:1 or more CBD to THC you start to completely lose the “high” feeling. So ideally mixture of 10% CBD and 8% THC with all of the original cannabinoids is better than a concentrate of only 90% CBD and .01% THC if you are looking for the entourage effect.

If you want to learn more about the Entourage Effect you can read a bit more from Dr. Sanjay Gupta on CNN here.

When will Marijuana be legal, and when will new Marijuana laws take place in Florida?

Upon the passage Amendment 2, unless it has been otherwise provided in the Bill, each law shall take effect on the 60th day after adjournment sine die of the session of the Legislature. Once the effective date has passed the Department of Health has 6 months to implement:

9 months after the effective date any qualifying patient will have the ability to be issued their Medical Marijuana Identification Card and Registration.

Hopefully within nine months of the Effective Date for the legislation which is the 60th day after adjournment sine die of the session of the Legislature.

Yes. You can always get in trouble at the federal level, but as long as you follow the rules for marijuana in Florida, state and local authorities will not have any issues with you.