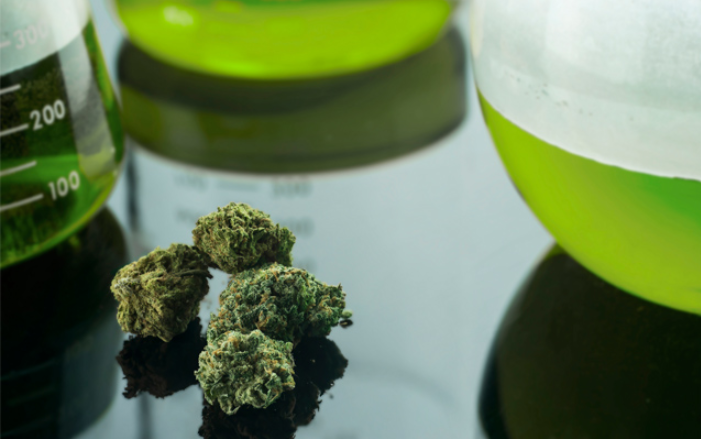 After many years of cannabis advocacy and calling for drug-policy reform (now over 46 years in the making) we finally get to see actual systemic progress within the fight for de-scheduling cannabis. The process of redefining the plant as an acceptable substance for the masses has seemed to rely on the ability to prove its efficacy as a medicine within a clinical setting.

Last Thursday (4/19) the FDA received a unanimous recommendation to approve a new CBD-based drug, treating a rare form of epilepsy. The drug known as Epidiolex, is owned and manufactured by British drugmaker GW Pharmaceuticals, which operates in the US as Greenwich Biosciences. The recommendation is not a final approval and passing of the drug, however the recommendation carries a significant pull on the end ruling, which will be concluded in late June. Nonetheless, this is a significant change in direction for cannabis and adds to the complexity of its future within the United States.

The involvement of the FDA within regulating and approving CBD products is a legitimate concern for many hemp farmers and CBD extraction companies. Those who have taken the risks to create and develop their own therapeutic CBD-based products may be targeted in the future. Since their products were made outside the standard pharmaceutical production format, they could be forced to halt sales and production of their products in order for the FDA to approve of their safety and efficacy.  A nationwide federal crackdown on CBD products made outside of the FDA’s parameters is also possible, which in turn would create a vacuum for larger companies like GW Pharmaceuticals to fill and monopolize.

Furthermore, although CBD in itself cannot be patented since it is a naturally occurring molecule, there is still the matter of proprietary blends and processes which could be co-opted legally. With the necessity of patents and drug designations, companies who do not pay to submit their products into the FDA and patent committee for review and approval in time could miss out on claiming the proprietary blend of cannabinoids, terpenes and/or natural herbs that they had formulated and the processes they’ve developed. This could even apply to standard ratios and common extraction methods that are already used for products in most rec stores in states where cannabis is legal depending on what precedent is set  (for a list of some of the patents that GW already holds click here).

In the instance of Epidiolex, GW Pharmaceuticals insists that FDA approval will not end the current market for CBD, and instead opens up the possibility of cannabinoid treatments being regulated like iron or fish oil supplements.

“Our objective is not to try to reduce or curtail the use of any other artisanal or dispensary products… Our goal is to provide an additional option, an FDA-approved medicine that physicians and patients desire… There is clearly room for people to be utilizing cannabinoids and cannabis in a variety of ways. We’re only looking to provide an option for one way, as a pharmaceutical medicine”

At this time, even with FDA approval, GW currently does not have the stock to supply the demand and start distribution, nor finalized a standard for dosing and labeling, leaving its impact on the market to be seen. However if we take a closer look, we notice how accepted dosages and detailed labelling would provide medical practitioners the standards they depend on for prescribing medication to patients, and comparing results.

Ultimately, added regulation need not be a “bad thing”, at least from the perspective of Chris Rebentisch, director of operations for Infused MFG. In fact he claims that added regulation is, “what the CBD industry needs more than anything right now”. Despite the concerns of his peers, Rebentisch is convinced that even with an FDA crackdown looming ahead, that the industry will “pivot and adapt… [because it] could give a rat’s ass about federal regulations…”.