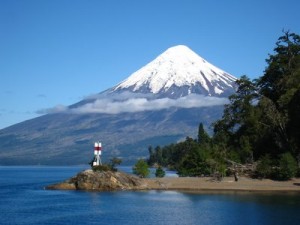 Could traditionally conservative Chile be the next South American country to legalize cannabis? Uruguay made history in 2013 by becoming the first country to legalize recreational marijuana across the country, and there are signs that Chile could follow suit. Historically, Chile has been a marijuana-friendly country, and recent changes in law have advocates fighting for its full legalization.

Chile has been planting marijuana for medical purposes and conducting medical trials since 2014, but it’s been difficult for patients who have been prescribed marijuana to legally obtain the drug. In December 2015, Chilean President Michelle Bachelet signed a measure to legalize marijuana for medical use. The measure will help remove a lot of the barriers that patients have faced in obtaining medical marijuana. The measure also removes marijuana from the list of dangerous hard drugs in the country, instead classifying it as a soft drug, which is the same category as alcohol. This measure will also legalize the use of medical marijuana and allow marijuana products to be sold in pharmacies across the country.

In early 2016, Chile opened the largest medical marijuana farm in Latin America.  The farm is projected to harvest about 1.65 tons of marijuana between March and May of 2016 – that enough marijuana to roll 30 million joints!! The harvest of almost 7,000 plants will treat around 4,000 patients for free and will used by a number of universities and laboratories to test marijuana-based therapies for medical purposes. The research is specifically aimed at benefitting patients with problems relating to cancer, chronic pain, and epilepsy. The opening of the farm makes Chile one of the pioneering countries in medical cannabis research.

Chile’s legislature has also been debating decriminalizing small amounts of marijuana for personal use and cultivation. In 2015, the country’s legislature proposed an initiative to change Ley 20.000 which would allow Chileans the right to possess up to ten grams of marijuana and grow up to six marijuana plants for personal use. The bill passed in Congress in July 2015, but must receive approval from the health commission and then Senate before it will take effect. While the amendment is waiting for approval, it remains illegal to plant, sell, and transport marijuana.

Is marijuana legal in Chile?

Medical marijuana is legal in Chile. Private cannabis consumption and possession of a small amount of cannabis is decriminalized. To avoid being prosecuted, consume marijuana in your home or on private property.

Recreational marijuana is not yet legalized in Chile, but a preliminary law decriminalizing small amounts of marijuana for personal use and cultivation has passed in Congress and is waiting for approval from the health commission and Senate.

If the decriminalization measure is passed, cultivation of up to six plants will be permitted for personal, recreational use.

If the marijuana decriminalization measure passes, Chileans will have the right to possess up to ten grams of dried marijuana and grow up to six marijuana plants at one time.

What kinds of marijuana will be available at pharmacies?

According to the pro-medical marijuana bill, pharmacies will be permitted to sell pharmaceutical products containing cannabis, cannabis resin, cannabis extracts, and colorants.

Is recreational marijuana use decriminalized in Chile?

Private marijuana consumption and possession of a small amount of marijuana (no more than a quarter ounce) is decriminalized. It is legal to grow the plant if you can justify that is for exclusive personal consumption and use in the short term. However, buying, selling, and transporting marijuana is illegal. It is also illegal to consume marijuana in public.

If the legislature and the health board approve the decriminalization law, Chileans will be permitted to possess up to 10 grams of marijuana and grow up to six marijuana plants at home for recreational use.

Where can I consume marijuana in Chile?

Even if the decriminalization measure is approved, it will still be illegal to consume marijuana in public.

Can I bring marijuana purchased in Chile to another country?