California Man Finds His Way to the Naughty List! 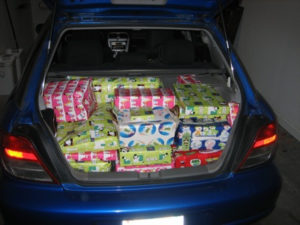 This week we got wind of a story out of Millbury, Ohio where a man from Eureka, California was pulled over for following too closely in his rented Ford Expedition. Once pulled over, the cops noticed the man had the vehicle filled nearly floor to ceiling with christmas presents fully wrapped and ready to distribute. The officers must have found this to be a bit fishy because they called in a drug sniffing dog, and ended up unwrapping $330,000 worth of California trees! For the tragically unhip – I’m referring to marijuana.

The California man, Daniel Yates, 31, had boxed up 71 pounds of dried flower, one pound of wax hash oil, and 360 THC capsules. What a wonderful Christmas that could have been! Imagine to taking up with that in your living room!! The sad part is that these “gifts” likely would have been sold illegally on the “black market” since the recreational use of marijuana is now and likely will be illegal for some time to come in Ohio.

After hearing about this, we had to wonder if Yates had truly been “following too closely” or if the cops had some sort of tip that he had been trafficking herb. It is hard to imagine how close someone would have to be to the car ahead of them to actually be pulled over for this infraction – but then again Ohio has some of the most strict police enforcement in the country. This may be due to the fact that the state is horrendously in debt – or maybe the cops are just mad that they live in the state of Ohio. I know I wake up every morning so happy that I didn’t wake up in Ohio!

Yates is looking at up to 16 years in prison and potentially a $30,000 fine on top of it if he is convicted. We hope that soon the country will stop having such a vendetta for marijuana offenders, because we think that nothing would make it easier to forget living in Ohio than having a fat sack of high quality marijuana! Hopefully it all works out for Yates. 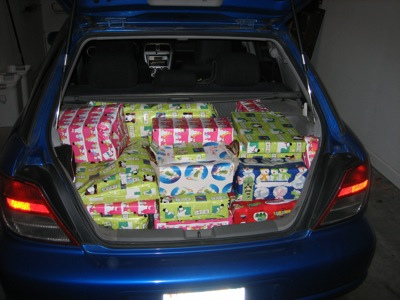 Article Name
CA Man Finds His Way to the Naughty List
Description
Ohio Cops find car filled with the gift that keeps on giving! Over $330,000 worth of marijuana was confiscated.
Author
Kevin Kenly
Kush Tourism