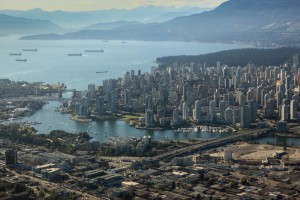 One unique feature of Canada’s medical marijuana program is that patients must receive their medicine by courier. There are no legally operating storefronts for patients to go and pick their marijuana strains; instead, marijuana ordering is done online with strain recommendations from a patient’s healthcare provider. However, despite not being entirely legal, there are some medical marijuana dispensaries operating in a legal grey area. These retail storefronts are illegal due to their sourcing methods and because the federal law dictates marijuana is not permitted to be sold in a retail store.

Canada’s Prime Minister Trudeau popularly proposed the legalization of recreational marijuana in Canada as a part of his election platform and has been taking small steps towards legalization since he was elected. At this time, Trudeau has not yet made any changes gearing towards marijuana legalization.

If looking to consume while in Manitoba, it’s best to consume while in the privacy of your home. Recreational marijuana continues to be illegal, and it’s illegal to consume medical marijuana while in public. Manitoba also has legislation that calls for a ban on vaporizing marijuana in most indoor spaces that it’s important to be aware of. If you do choose to consume outside of the home, remember to be very discrete and always use your common sense! Police do still arrest for marijuana consumption and possession. Smoking in public is more common in urban centers, such as Winnipeg. If you do choose to consume in public, a discrete vape pen is your best option for staying under the radar!

Is Marijuana legal in Manitoba?

Yes it is, but only for medical purposes! Medical marijuana is legal in Canada with a qualifying medical condition and prescription from a licensed doctor. Recreational marijuana is not legal.

The Marihuana for Medical Purposes Regulations specifies that authorized producers will be permitted to sell dried marijuana, fresh marijuana, and cannabis oils (for oral consumtion). There will be a number of different strains to choose from, ranging from strong Indicas to strong Sativas and everything in between. Each strain can have unique effects and levels of psychoactive ingredients, so be sure to ask your physician for assistance in choosing the best marijuana strain to help treat your condition. Sativas strains are known for giving a stronger head high with uplifting and energizing effects. Indica strains are known for their full body highs and sedative effects – Indica strains are more likely to give you couch-lock.

At the unlicensed dispensaries, patients can also find pre-made edibles, such as baked goods, lollipops, and gummies, as well as concentrates, used for dabbing.

Patients are permitted to possess up to a 30-day supply of marijuana as prescribed by the patient’s healthcare practitioner, with a maximum of 150 grams. Medical marijuana patients are also permitted to grow marijuana in their homes.

Marijuana consumption is limited to the home and on private property in Manitoba. If choosing to consume in public, always use your discretion and common sense! Marijuana arrests are still common in Manitoba and Manitoba also has a ban on the use of vaporizers at indoor public places.

No. All marijuana products purchased in Canada must be consumed in Canada. However, medical marijuana patients in Canada may travel between provinces without issue. If choosing to travel with marijuana, be sure to carry your prescription information.

Can I still get in trouble for marijuana possession?

Yes, you can! Marijuana is still not legal and if choosing to consume, it’s important to be aware of law enforcement. If you are a medical marijuana patient, you are permitted to possess marijuana. If you are stopped, show law enforcement the label from the packaging of the marijuana you have and/or a card from the licensed producer you’ve ordered from.

If you’ve purchased marijuana from a non-licensed dispensary, you can get in trouble, as the dispensary is not approved. The dispensary membership does not mean anything. It will be treated the same as recreational marijuana.

Designed to calm, soothe, and restore, our heal blend is a multipurpose salve formulated with a blend of organic and wildcrafted essential oils and CBD that work to nourish dry skin and soothe irritations. [...]

Lightweight and deeply hydrating, our body lotion is formulated with skin reviving botanicals including hemp seed oil, full-spectrum hemp extract (CBD) and the alluring essence of Neroli and Vetiver that is loved by men and women. [...]

Our antioxidant-rich body oil is formulated with a luscious blend of bioactive botanicals and full spectrum hemp extract (CBD) that deeply hydrates, softens and improves the skin’s texture and appearance. [...]

Designed to calm, soothe, and restore, our heal blend is a multipurpose salve formulated with a blend of organic and wildcrafted essential oils and CBD that work to nourish dry skin and soothe irritations. [...]

Lightweight and deeply hydrating, our body lotion is formulated with skin reviving botanicals including hemp seed oil, full-spectrum hemp extract (CBD) and the alluring essence of Neroli and Vetiver that is loved by men and women. [...]

Our antioxidant-rich body oil is formulated with a luscious blend of bioactive botanicals and full spectrum hemp extract (CBD) that deeply hydrates, softens and improves the skin’s texture and appearance. [...]