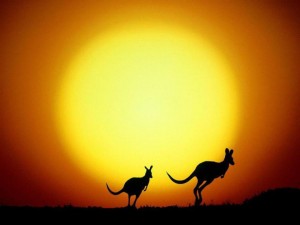 Historically, marijuana for both recreational and medical use has been illegal in Australia, despite it being the most widely used illegal drug in the country. However, as of February 2016, advocates for medical marijuana can finally rejoice – the Narcotics Drugs Act of 1967 was amended to allow marijuana to be grown for medical and scientific purposes all over the country. The change in law categorizes marijuana in the same group as other medicinal drugs and allows patients to obtain medical marijuana from approved suppliers.

Suppliers of medical marijuana must be approved under the Therapeutic Goods Act, and the Therapeutic Goods Administration is in charge of creating the regulations and procedures on how patients will be able to obtain marijuana – laws have yet to be created to regulate the licensing, production, and distribution of marijuana. Only growing has been legalized under the amendment.

Individual states will need to legalize medical marijuana and the growers before cannabis is truly legal. This is opposite from how the United States went about marijuana legalization – although many U.S. states have legalized medical marijuana, such as California and Washington, it is still federally illegal. In Australia, growing medical cannabis is now legal all over the country, but each state reserves the right to maintain the drug’s “restricted” status.

Is Marijuana legal in Australia?

Recreational marijuana is not legal in Australia. In February 2016, Australia legalized growing marijuana for medical and scientific purposes. Regulations for the sale and distribution of medical cannabis have yet to be established.

Currently, you cannot legally buy any marijuana in Australia, even if it is medical, because the law is so new. Cannabis growers and suppliers can expect to be able to apply for a license in late 2016, and medical cannabis will hopefully be available for patients to obtain by 2017.

When will I be able to get medical marijuana?

This is entirely dependent on how quickly the regulations are established and licenses are distributed to growers and suppliers. It has been predicted that marijuana likely won’t be available in licensed stores until 2017.

What kinds of marijuana will be available for medical patients?

The specifics of what will be available will be outlined when lawmakers create the regulations for medical marijuana, but the amendment to the Narcotics Drug Act of 1967 specifically allows “the cultivations and production of cannabis and cannabis resin.” Based on this language, you can expect marijuana flowers and concentrates to be available to medical marijuana patients in the future.

Is recreational marijuana use decriminalized in Australia?

This is dependent on the state you are in. The use, sale, growth, and possession of recreational marijuana is still illegal across Australia. However, it has been decriminalized for minor offenses in the Australian Capital Territory, the Northern Territory, and South Australia.

In the rest of Australia, marijuana possession is a criminal offense. The punishment could be a large fine or jail time with a criminal record. In many states, police will give offenders a ‘caution’ the first time they are caught.

Will recreational marijuana be legalized in Australia?

While there is no indication that recreational marijuana will be fully legalized in Australia soon, the HEMP “Help End Marijuana Prohibition” Party is pushing for the legalization and regulation of cannabis for personal, medical, and industrial use.