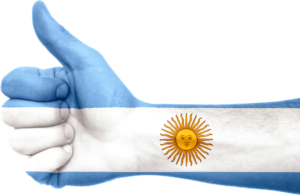 Today marks a historic moment for South America. After an unanimous vote of 58-0 by their Senate, the country of Argentina has legalized medical marijuana! The legislature that passed this morning allows for the cultivation, processing, possession, and consumption of cannabis oil and other derivatives for individuals who will soon gain prescriptions from licensed medical professionals.

Another aspect of the new laws is that government agencies in the country will now be able to legally research the plant and medical uses as well. Hopefully this will lead to the next big discovery that blows the roof off of the “pot is bad for you and serves no medical purpose” argument!

Even though this is a major step forward for Argentina and the rest of South America, there are some there who are happy to see the legalization, but disappointed the legislation had no provisions written in it to legally allow for home cultivation. As opposed to buying their medicine from large commercial government agency growers, they would rather have control over what they are putting in their bodies. Those in this camp also want to be able to have easy access to their medicine.

Regardless of minor qualms with the new laws, celebrations are due! We are thrilled to see cannabis gain further normalization worldwide, and more research being put into the science behind the miracle plant. Hopefully they see the numerous benefits from providing access to it, and soon move into the recreational paradigm. We would love to go tour Argentina’s flourishing cannabis scene, so make it happen, Argentina! We’ll be here patiently waiting!