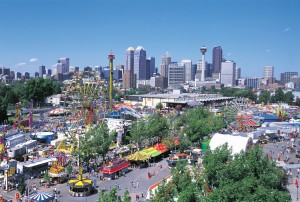 Looking to smoke marijuana in Alberta? As of October 17th, 2018 Recreational Cannabis is now legal and shops are opening their doors! Patients currently looking to consume should do so in private, but if you must consume in public, it’s best to do so out of the public eye. Stay discrete and aware of your surroundings! You’re most likely to see public consumption in the bigger cities, such as Calgary and Edmonton. In these urban centers, the attitude towards cannabis is more laid back and as long as you’re not flaunting your consumption, it’s unlikely that one will be caught or arrested for marijuana. However, Alberta is a bit more conservative than other Canadian provinces. If you choose to consume in public, a discrete vape pen is your best option for staying under the radar.

Medical marijuana has been legalized in Canada since 2000. Canada passed a new law in 2013, called the Marihuana for Medical Purposes Regulations. These new regulations overrode the previous legislation and updated some of the rules regarding medical marijuana access. One of the most major shifts was that under the new legislation, patients were not allowed to grow their own marijuana. However, that precedent was overruled in February 2016 when a federal judge ruled that it is a constitutional right for medical marijuana patients to be allowed to grow their own cannabis. By growing their own marijuana, patients are able to grow the specific strains and varieties needed to best treat their illnesses.

In order to acquire marijuana legally, Canadians must either have a marijuana prescription from a licensed doctor and order from an online clinic to receive their product via mail, or visit a Recreational Dispensary with ID indicating they are of legal age.

Is Marijuana legal in Alberta?

Yes it is for recreational and medical purposes! Medical marijuana is legal in Canada for patients who have a qualifying medical condition and prescription from a licensed doctor. As of October 17th, 2018 Recreational Cannabis is now legal and shops are opening their doors!

Despite not being explicitly legalized, there are medical marijuana dispensaries that operate around the country. These dispensaries are not licensed and obtain marijuana from illegal sources. They are popular because of their convenience, but it is important for medical marijuana patients to know that these dispensaries are not operating legally. At these dispensaries, patients can bring in a prescription for a drug that treats an illness that they could instead use marijuana to treat. After proving a current condition, patients can get a membership to the dispensary. The membership allows them to purchase cannabis over the counter that day, instead of waiting for the products in the mail. Many patients prefer dispensaries over the mail-order clinics, despite being illegal, because they can get help from “budtenders” who work at the shop and have expanded knowledge on the products in the store.

Patients can receive a prescription for medical marijuana to treat a variety of illnesses, including but not limited to:

Authorized producers are permitted to sell dried marijuana, fresh marijuana, and cannabis oils (in capsules for oral consumption). There will be a number of different strains to choose from, ranging from strong Indicas to strong Sativas and everything in between. Each strain can have unique effects and levels of psychoactive ingredients, so be sure to ask your physician for assistance in choosing the best marijuana strain to help treat your condition. Sativas strains are known for giving a stronger head high with uplifting and energizing effects. Indica strains are known for their full body highs and sedative effects. Indica strains are more likely to give you couch-lock, whereas sativa strains are more likely to keep you active. Sativas are better for daytime smoking and Indicas are preferable at night.

This is dependent on the marijuana providers as well as potency and quality, but patients can expect prices to be around $7-$12 per gram. Prices are closer to the $7 per gram price when purchasing from a licensed clinic. The prices get closer to $12 per gram when you are purchasing from an unlicensed dispensary. Medical marijuana is not covered by health insurance so patients must pay for their medicine out of pocket.

Patients and recreational consumers are allowed to possess up to a 30-day supply of marijuana, with the allowed limit maxing out at 150 grams. Medical marijuana patients are also permitted to grow their own marijuana.

Marijuana consumption is limited to the home and on private property in Alberta. If choosing to consume in public, always use your discretion and common sense! A discrete vape pen is your best option for staying under the radar!

No. All marijuana products purchased in Canada must be consumed in Canada. However, medical marijuana patients and recreational consumers in Canada may travel between provinces without issue. If choosing to travel with marijuana, be sure to carry your prescription information with you, easily accessible.

Can I still get in trouble for marijuana possession?

Yes, you can! Marijuana is legal and if choosing to consume, it’s important to be aware of law enforcement. If you are a medical marijuana patient or over the age of 21, you are permitted to possess marijuana. If you are stopped, show law enforcement the label from the packaging of the marijuana you have and/or a card from the licensed producer you’ve ordered from.