5 Things You Need to Know About Marijuana in Massachusetts 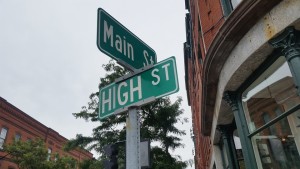 Massachusetts isn’t as progressive on marijuana consumption as the West Coast, but it could be the first East Coast state to legalize recreational cannabis. Currently, medical marijuana is legal in the state of Massachusetts. In 2008, the Bay State also decriminalized the possession of small quantities (one ounce or less) of marijuana by reducing the penalty to a civil offense with a $100 fine. Keeping updated and well informed on marijuana laws in Massachusetts may help ensure you consume within your rights. Below are five basic pieces of information you need to know about marijuana in California.

Marijuana On the Ballot

Because of the Massachusetts Marijuana Legalization Initiative, the legalization of cannabis will be on the ballot in Massachusetts this year. On November 8, 2016, voters can determine whether the consumption, possession, cultivation, and distribution of marijuana will be legal for adults over 21 year old.

Massachusetts voters seems to be in favor of the Marijuana Legalization Initiative, according to polls done by Western New England University, UMass Amherst, WBUR, and various others. The polls are reflecting an average of 50% support for legalization and 40% opposition. This figure may change slightly with time.

The use of medical marijuana is legal in Massachusetts as long as you have a qualifying condition as diagnosed by a physician. Some conditions include, but are not limited to, ALS, cancer, HIV or AIDS, Hepatitis B, and various others. There are 35 state­ licensed dispensaries available to purchase medical cannabis, and patients are allowed to purchase up to 10 ounces every two months.

The penalty for possessing one ounce of less of marijuana is considered a civil offense in Massachusetts and carries a $100 maximum fine. If you’re caught with more than one ounce (first offense), you could be facing six months in jail with a $500 maximum fine. Subsequent offenses can lead to two years incarnation with a maximum $1,000 fine. Massachusetts considers the possession of over 50 lbs of marijuana with intent to distribute or cultivate (non­medical), a felony.

Although met with opposition, legalization efforts in Massachusetts are strong and relentless. The Campaign to Regulate Marijuana Like Alcohol initiative has been working tirelessly to acquire thousands of signatures to put this issue on the ballot. Additionally, the Massachusetts Sensible Marijuana Policy Initiative reduced the penalty for possession of one ounce of weed down to a civil offense with a $100 fine. This act in itself indicates significant progression that leaps ahead of many states.

Article Name
5 Things You Need to Know About Marijuana in Massachusetts
Description
Massachusetts isn’t as progressive on marijuana consumption as the West Coast, but it could be the first East Coast state to legalize recreational cannabis.
Author
April Marie Dowling
Kush Tourism